Friends and family raise thousands in memory of Paraplanner 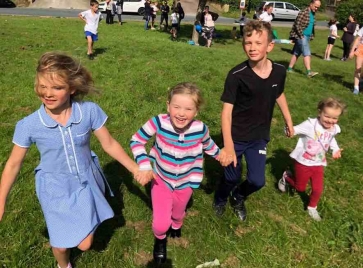 Friends and family of popular Paraplanner Gary Tunstall FPFS CFP, who died nearly a year ago of cancer at the age of 41, have raised thousands of pounds in his memory as the first anniversary of his death nears.

In addition to the £4,500 raised by his original Just Giving page, Mr Tunstall’s son Fraser, 11, raised more than £1,500 recently doing a sponsored fun run with his sister Alice, 8, and school friends from Richard Taylor Primary School in Harrogate.

The money will go to the St Michael's Hospice at Hornbeam Park, Harrogate, where Mr Tunstall was cared for in his last few weeks before his death in August last year and where Fraser stayed to be with his dad one night. Fraser wanted to do the fun run to raise money for the hospice and help repay some of the cost of his stay.

Mr Tunstall’s brother Jaime, wife Claire and daughters Rosalind (5) and Emmeline (2) made a surprise visit from Lincoln for the run too.

Mr Tunstall’s partner Tina Gellie is organising a memorial bench and plaque to be installed in Macintosh Park in Knaresborough, a place with special memories for the couple, and she hopes to scatter his ashes there on the anniversary of his death.

Ms Gellie said: “The family and I are so proud of Fraser for being so kind and thoughtful in coming up with the idea of raising money for St Michael's hospice in memory of his dad, on what would have been his 42nd birthday.

“A huge thank you to all his Richard Taylor school friends and others in Harrogate for doing the run with him, and to everyone who helped organise it. As always, I am blown away by people's generosity.

“Gary's friends from as far away as France and the US donated, as did friends and colleagues closer to home, including Edward Bushnell and Elliot Lund from Cavendish Medical. And even people who never met Gary helped his son triple his original £500 fundraising aim, including my friends from Widowed and Young, the charity I joined soon after Gary died that has been such an incredible support to me.

“It's hard to believe almost a year has gone by. I miss Gary every day, as do so many others who loved him as well, but anything that keeps his memory alive and raises money for good causes is a wonderful thing.”

Mr Tunstall had a long and impressive career in Paraplanning and Financial Planning, winning a number of awards including Paraplanner of the Year in 2011.

At Cavendish Medical, a specialist firm which helps doctors and medical professionals, he was the firm’s first ever head of Financial Planning. He was known for his wit, dry sense of humour, enthusiasm for Paraplanning and helping colleagues.

Prior to working for Cavendish, he worked at Cathi Harrison’s Para-Sols, an outsourced Paraplanning business. Ms Harrison said he was instrumental in helping the firm grow. Staff there renamed their rest area the ‘Tunstall Arms’ in his honour and recently Mr Tunstall’s parents Ken and Gill drove to Darlington to catch up with his old colleagues and enjoy a drink. 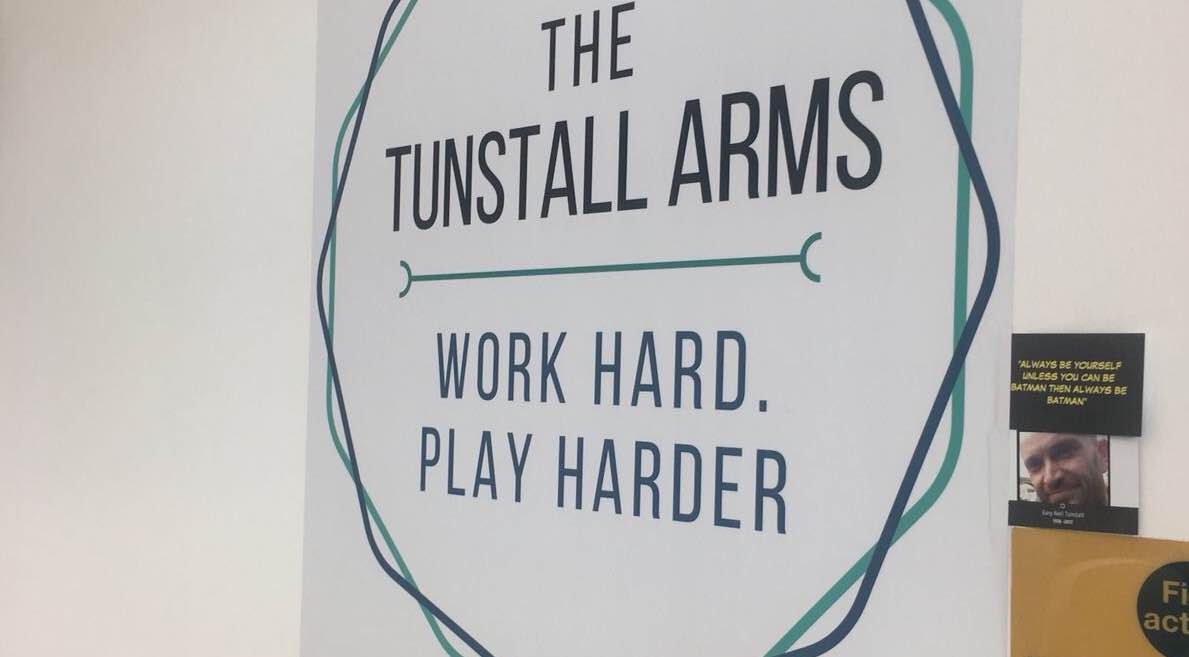 The Tunstall Arms at Para-Sols offices

At Cavendish Medical he went on extended medical leave at the end of 2016 and colleagues held a ‘Gary Day’ when he left to thank him for his contribution to the company and to wish him well, not knowing if he would return.

More in this category: « Global expat numbers set to soar to 87.5m by 2021 Asia Pacific students win placement at Financial Planner »
back to top