Register for Financial Planning Today website for FREE to view more stories and get our daily newsletters. Click on 2 stories to see Registration pop up.
Wednesday, 01 August 2018 09:50

SJP managing director David Lamb to bow out after 27 years 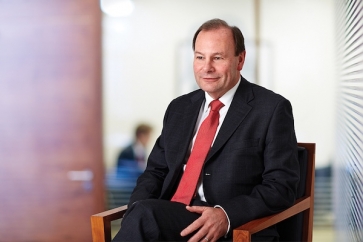 St James’s Place managing director of investments is set to step down at the start of next year, the firm has revealed in its half year results.

David Lamb, who is retiring, joined the company in February 1992 a few weeks after it opened for business and was first appointed to the board in 2007.

When he retires he will have completed 27 years at the firm, with 12 as a main board director.

SJP chief executive, Andrew Croft, said Mr Lamb had made “an enormous contribution to the success of St James's Place spanning many areas of the business over the years.”

He added: “David was particularly instrumental in the development and operation of our Investment Management Approach.”

Mr Lamb will continue his involvement with SJP, on a part time basis, as chairman of its investment committee.

Replacing Mr Lamb will be Robert Gardener, who will join the firm in January.

Mr Gardener, 39, is co-founder of Redington an investment and pensions consultancy business.

Mr Croft said: “Having worked closely with us for a number of years, Robert comes not only with a wealth of business, pension and asset management experience, but also extensive knowledge of our business as well as knowing many of our partners and employees.

“Robert is an important and significant new hire for St James's Place.

“I am delighted he has agreed to join us and we look forward to working with him over the coming years.”

In other highlights, the firm said it had completed the “successful migration of pensions drawdown business onto Bluedoor”, had launched an international Discretionary Fund Management service in Hong Kong and a new Diversified Assets Fund.

Mr Croft said: “Following last year's exceptional growth, I am delighted to report continued strong growth across all key areas of our business.

“Gross inflows grew by 15% during the first half to £7.9bn, net inflows of £5.2bn were up 21% reflecting the continued and improving retention - a testament to the partnership, whilst funds under management closed the half year at just under £97bn, up 6% since the end of 2017 and 16% higher over the past year.

“Naturally, this strong new business performance is reflected in the group's financial performance, with growth in all our financial KPIs for the half year.

“The first half of 2018 has also seen St James's Place make good progress on other counts.

He added: “Individuals face considerable challenges when planning for and managing their wealth, both before and after retirement as well as when considering the transfer of wealth to their next generation.

“Consequently, we continue to see a growing demand for highly personalised and trusted face-to-face financial advice and service.

“At the same time there are not enough qualified individuals to meet this growing demand and an advice gap exists.

“With the strength and depth of our technical resources and the partnership, St James's Place is well placed to address these needs.”