Register for Financial Planning Today website for FREE to view more stories and get our daily newsletters. Click on 2 stories to see Registration pop up.
Thursday, 09 August 2018 12:18 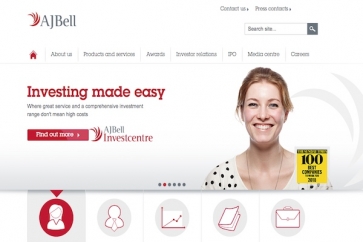 New figures from the ONS, which point to a slowing of life expectancy increases, are good news for defined benefit pensions schemes, according to AJ Bell.

The latest longevity data, released this week, showed increases in average life expectancy at birth and age 65 in the UK slowed dramatically from 2011 to 2016, for both men and women.

It improved 4.2 weeks a year from 2011 to 2016, compared to 17.3 weeks a year in the preceding six year period, with UK life expectancy improvements among the lowest in the developed world in recent years.

AJ Bells says the latest batch of results presents a “significant challenge to policymakers on a broad range of issues, including retirement.”

But the firm said they could be construed as “good news” for DB schemes.

Tom Selby, senior analyst at AJ Bell, said: “When it comes to pensions, slowing life expectancy improvements could be good news for defined benefit (DB) schemes, which might be able to cut their liability estimates and eliminate troublesome deficits quicker than expected.

“We could also see annuity rates improve if insurers believe they will pay out guaranteed incomes for a shorter period of time.”

He added: “Arguably the biggest debate will centre on the state pension.

“The Conservative Government has already pledged to accelerate the planned increase in the state pension age to 68 in a bid to cut the overall social security bill, while younger generations have been warned they could have to wait until 70 or older to receive the state pension.

“Many would argue the proposed state pension age increases are long overdue, however.

“While life expectancy improvements have slowed in recent years, this follows decades of almost unbroken and rapid longevity increases in the UK.

“During that period the state pension age for men has not shifted, while for women it is now being increased to 65.

“So while stalling longevity improvements might reduce the amount the state pension costs over the long-term, it would take a dramatic change in assumptions to halt these increases altogether.

“One of the big issues current and future Governments need to consider in relation to life expectancy is equality of outcomes.

“Although a universal state pension has the significant advantage of simplicity, it risks failing those on low incomes who, on average, tend to have a lower life expectancy.”

Speaking more generally on the figures, Mr Selby said: “The most recent available data places the UK right at the bottom of the developed world when it comes to life expectancy improvements in recent years.

“While this may seem shocking, it needs to be placed in the context of a long period of rapid longevity increases – particularly in the West.

“What we don’t know is the extent to which this is the beginning of the end of life expectancy improvements in the UK or simply a temporary blip.

“If life expectancy improvements do grind to a halt – or even go into long-term decline – it will have huge ramifications not just for Government, but for society as a whole.

“It is no exaggeration to say this could yet prove to be the biggest public policy challenge of our generation.”