Register for Financial Planning Today website for FREE to view more stories and get our daily newsletters. Click on 2 stories to see Registration pop up.
Wednesday, 29 August 2018 08:58 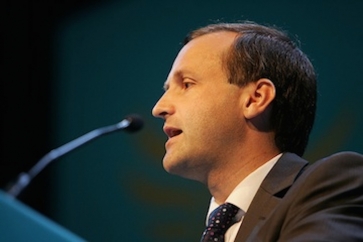 A document, released under freedom of information laws, has shown The Pensions Regulator has called on pension schemes to cut transfer values.

The letter, which is being sent to leading Defined Benefit pension schemes, encourages trustees to consider slashing the transfer values on offer when workers transfer out of the pension scheme.

The correspondence, obtained in response to a Freedom of Information Act request by Royal London, has been sent to several large pension schemes which have experienced a large volume of transfers, as part of a drive to protect members from unsuitable transfers and from pension scams.

But the letter also raised concerns that if trustees offer “overly generous” transfer values to those leaving the scheme it could be to the detriment of those left behind.

The relevant section of the letter read: “In light of recent events concerning your scheme sponsors, we would expect you to take advice from your scheme actuary about whether the basis on which the CETV [transfer value] are calculated remains appropriate.

This would allow you to judge whether a reduction of further reduction should be applied to CETVs in light of [an] assessment of covenant strength.”

A particular concern to experts was a potential situation where workers transferring out are offered a cash lump sum on relatively generous terms at a time when the pension scheme itself is in deficit.

Royal London says that if members transfer out on generous terms en masse there could be a risk that the funding position of the scheme could worsen and the risk of remaining members not getting their full pensions could increase.

Steve Webb, director of policy at Royal London, said: “I would hope that well run pension schemes would be taking expert advice when deciding how much to offer to members wishing to transfer out.

“But the regulator’s letter is a helpful reminder to all schemes that they need to be fair not only to those transferring out but also those left behind, especially where the scheme in question is in deficit.”

More in this category: « IFA says 73% of employers not helping with financial advice Paraplanners Powwow to feature FCA expert next month »
back to top