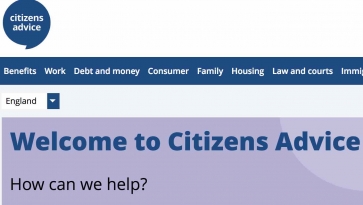 Citizens Advice, the consumer advice charity, has made a ‘super complaint’ to the Competition and Markets Authority about “excessive prices” it alleges cost ‘loyal and disengaged’ consumers £4bn a year.

The super-complaint has been submitted to the Competition and Markets Authority (CMA) and the FCA will co-operate with the handling of the complaint, launching its own probe today into general insurance.

Citizens Advice has complained that the practice of overcharging loyal customers is “widespread” and has repeatedly warned that loyal consumers are being ripped off.

•British consumers lose £4.1 billion a year to the ‘loyalty penalty’

•8 in 10 people are paying a significantly higher price, in at least one of the markets, for remaining with their existing supplier

•The loyalty penalty is, on average, £877 per year - equal to 3% of the average household’s total annual expenditure.

Citizens Advice chief executive Gillian Guy said: “It beggars belief that companies in regulated markets can get away with routinely punishing their customers simply for being loyal. As a result of this super-complaint, the CMA should come up with concrete measures to end this systematic scam.”

Citizens Advice has urged the CMA to identify remedies to put an end to what it calls the financial “penalty” paid by loyal and disengaged consumers in excessive charges often not paid by new customers.

At the same time, the FCA has announced a market study today of the general insurance sector.

In a statement, the FCA said it has been concerned about the issue of long-standing customers being charged more for some financial products than new customers for some time and have been looking into this in the areas of cash savings and mortgages.

Andrew Bailey, chief executive of the FCA, said: “Citizens Advice has raised a number of important issues and we will work closely with the CMA as it investigates this super-complaint.

“We expect firms to look after the interests of all customers and treat them fairly, whether they are new or long-standing."

ABI director general Huw Evans said: “In any market where there is regular switching and fierce competition for new business, good deals are available to those who shop around but this does mean long-standing customers can lose out.

"The insurance industry recognises this is a problem and earlier this year became the first and only sector to take voluntary, industry-wide action to tackle it. This includes commitments from firms to review premiums charged to customers who have been with them for five years and the industry publishing a report on progress within two years.

“In a competitive free market, where three out of four people shop around, there is no easy fix available and these measures will take time to bed in. But we believe that these industry commitments are a positive step in tackling excessive premium differences that can unfairly penalise long-standing customers.”

Matthew Drage, head of regulatory development at compliance specialist Huntswood, said: “As we saw with PPI, the subject of a previous super-complaint, this significant move from the Citizens Advice Bureau will likely lead to a detailed regulatory review across all sectors. This could lead to further measures to ensure that long-standing customers are treated fairly."

More in this category: « Joint brand unveiled by FinaMetrica and PlanPlus Hundreds set to head to CISI Financial Planner Conference »
back to top