Register for Financial Planning Today website to get our daily newsletters. Click on 2 stories to see the Registration pop up.
Thursday, 04 October 2018 09:22 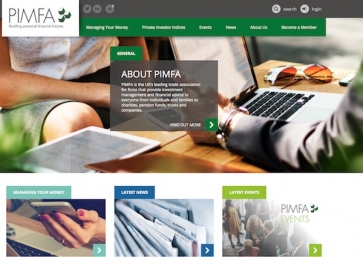 PIMFA, which represents around 1,000 UK wealth managers and and financial advisers, has welcomed the FCA’s decision to further investigate industry concerns about the operation of the PRIIPs regime since its implementation in January.

The body revealed that it agreed with FCA chief executive Andrew Bailey’s acknowledgement that PRIIPs implementation “has not gone as we hoped it would” and said it believed the PRIIPs regime was “in urgent need of review.”

While the central objective of the PRIIPs regime – to enable consumers to compare the price, risk and performance features of different types of products and make informed investment decisions as a result – has always had industry support, there has long been concern about whether product providers’ compliance with the immensely detailed KID content requirements set out in the PRIIPS RTS is capable of producing disclosures that are clear, comprehensible and useful to investors.

Although the regulation itself requires a post-implementation review to be undertaken by 31 December, PIMFA says it is “concerned” by reports that the European Commission may defer this exercise.

PIMFA therefore called on the FCA and other national authorities and the ESAs, which have made public their own concerns about the scope of the regulation, to put pressure on the Commission to stick to the original timeframe.

There was also apparent uncertainty over whether UCITS and other non-UCITS retail funds currently benefitting from the exemption in Article 32 of the PRIIPs regulation will be brought within the PRIIPs regime after 31 December next year.

PIMFA says that given much of the confusion about the way in which product costs are calculated and presented derives from the fact that the different requirements of the PRIIPs and UCITS regimes continue to operate in tandem, it believes the PRIIPs regime should be extended to UCITS within the timeframe originally specified.

Ian Cornwall, PIMFA director of UK regulation, said: “PIMFA’s feedback to FCA and the ESAs has made it clear that the almost exclusive focus of regulators on the challenges facing product providers in producing KIDs meant that distributors’ questions and concerns were being accorded minimal attention even though these were the very firms that would be responsible for ensuring the delivery of KIDs to retail investors across a very large proportion of PRIIP transactions.”

He added: “Very few of the distributor issues that we identified in submissions to consultation papers and in discussions with policy staff were addressed by subsequent regulatory documents and PIMFA regard the FCA’s Call for Input as an opportunity to highlight some of these issues again.”