Register for Financial Planning Today website for FREE to view more stories and get our daily newsletters. Click on 2 stories to see Registration pop up.
Monday, 08 October 2018 10:14 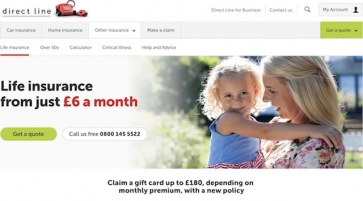 New research suggests that 20% of parents – 6.9m mums and dads – have transferred assets to their children early to mitigate inheritance tax.

According to the report from Direct Line Life Insurance, some £227bn has been transferred to children to avoid inheritance tax.

In addition, parents in London are the most likely to have transferred assets to their children, with more than two in five (41%) giving their kids an early inheritance, averaging £119,207. But only one in nine (11%) of East Midlands parents has done this.

Divorce and splitting of assets remains a key driver of change with some 15% of divorcees setting aside assets for their children early so that they are not transferred to their new partner if they die, gifting on average £16,602.

Some 13% of all people surveyed said they hadn’t transferred assets because they were concerned that they might need their assets in retirement.

One in eight parents (13%) believed their children should not be provided for while they are still alive, while 9% did not know that gifting money could reduce their inheritance tax bill when they die.

The survey found that the increasing number of broken marriages was making inheritance planning more complicated, with divorcees often transferring assets to named beneficiaries early to avoid them going to their new partner if they remarry.