Register for Financial Planning Today website for FREE to view more stories and get our daily newsletters. Click on 2 stories to see Registration pop up.
Tuesday, 09 October 2018 09:19 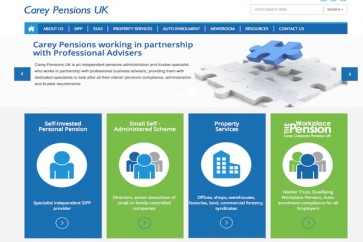 STM, owner of UK SIPP provider London & Colonial, is to acquire the majority of rival SIPP firm Carey Pensions for £400,000 as Carey prepares to tackle a major court case.

STM, a cross border financial services business and provider of the International SIPP, has entered into an agreement to acquire loss-making Carey Administration Holdings from the existing shareholders for a maximum of £400,000.

STM says it has received an indemnity on the outcome of the SIPPs-related court case - the ‘Adams’ case - due to be heard in the near future. The case revolves around an investor who alleges Carey failed in its duty of care by allowing him to invest in unregulated investments via his SIPP.

The acquisition will be funded from STM’s existing financial resources and is subject to FCA approval and notification to The Pensions Regulator.

For the year ended December 2017 Carey Administration Holdings had revenue of £2.9m and made a pre-tax loss of £1.2m.

As a result of the deal, STM will enter the UK auto-enrolment market via Carey. Carey’s auto-enrolment business has over 65,000 members and is expected to have revenue of £1.5m for the financial year ending December 2018.

Carey’s UK SIPP business has over 4,000 members and is expected to see revenue of approximately £1.8m for the year ending December 2018 with assets under administration of £898m.

STM expects £500,000 of cost savings from the integration of the two UK SIPP businesses and the Carey business will be rebranded within six months. The enlarged UK business will employ more than 100 people and aids STM’s plan to be an increasingly UK-focused business.

In terms of the upcoming Carey court case, a spokesman for STM said: “STM notes that Carey Pensions is party to a high profile Court case (the ‘Adams’ case).

“STM has secured indemnities and the benefit of significant existing PI cover from the sellers and considers any residual exposure to this and any other historic industry issues, to be minimal.”

Alan Kentish, STM chief executive, said: “We are delighted to announce the acquisition of Carey Administration Holdings Limited, and its subsidiaries.

“Carey pensions has been a self-starter in the UK pensions market and has achieved a lot under Christine Hallett’s leadership during a relatively short time frame. The management team has ideas and opportunities in abundance and I believe STM’s resources, financially and otherwise, will allow many of these to come to fruition.

“The integration of the two similarly sized SIPP businesses will give us some straight-forward integration savings and make the enlarged SIPP group much more efficient.”

Christine Hallet, Carey Pensions chief executive, will retain of the 30% SIPP business and 20% in the auto-enrolment business. STM has an option to require her minority stake in the future.

Ms Hallett, who will remain chief executive of Carey Pensions, said: “I am really excited that we are going to be part of the STM proposition given STM’s focus on gaining further traction in the UK market.

“We are well known in the industry and we have a unique proposition covering both personal and workplace pension solutions, which is an important differentiator compared to many of our competitors. Our extremely professional and experienced team will combine with STM's team to provide a strong platform for growth.”