Register for Financial Planning Today website for FREE to view more stories and get our daily newsletters. Click on 2 stories to see Registration pop up.
Friday, 19 October 2018 10:49

Half of UK investors base decisions on Financial Crisis 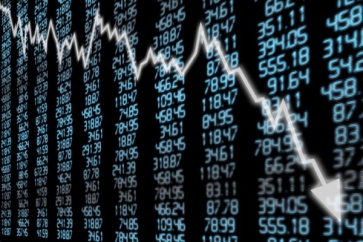 Half of UK investors continue to be impacted by their experiences of the Global Financial Crisis, basing their investment decisions on the events that took place a decade ago, a survey has shown.

In its 2018 Global Investment Survey, which assessed the views of 16,810  active investors around the globe, asset manager Legg Mason found 50% of UK investors’ investment choices were still influenced by the crisis.

The UK was above the global average of 48% of investors, who said the Global Financial Crisis continued to impact their behaviour, and also above the US, where 41% said it continued to play a part in their investment decisions.

Across Europe the picture was mixed, but a number of European countries reported that more than half of investors were still impacted by the crisis, including France (56%), Spain (60%), Italy (57%) and Belgium (59%).

Meanwhile, just 30% of Swedish and 37% of German investors said it still had an impact on where they invest.

Now in its sixth year, the Global Investment Survey seeks to question active investors who change their portfolios regularly and plan to invest at least £10,000 in the next 12 months.

Alex Barry, head of UK fund sales at Legg Mason, said: “The results illustrate that the GFC still has a major impact on investors’ psyches.

“To be still discussing an event a decade later is unusual, and illustrates what a pivotal point in history the credit crisis and subsequent global recession were.

“Financial markets have recovered strongly and balanced, diversified portfolios have delivered attractive risk adjusted returns over the last decade. This demonstrates the need for financial advice and the role advisors have to delivering better financial outcomes for clients.”

The 2018 Global Investment Survey also found that UK investors believed it was important to keep track of investments regularly.

In total, 86% of investors agreed it was important for them to review their investments regularly, in line with the global average of 85%.

A further 81% of UK investors said they were investing for the long-term for events such as retirement income, rather than for the short-term, ahead of the global average of 75%.

Mr Barry added: “It is great to see so many investors treating their decisions as long-term ones, in line with the mind sight of many professional investors.”

More in this category: « Applications open for FCA regulatory sandbox Financial Planning firm expands with new hire »
back to top