Register for Financial Planning Today website to get our daily newsletters. Click on 2 stories to see the Registration pop up.
Friday, 26 October 2018 12:12 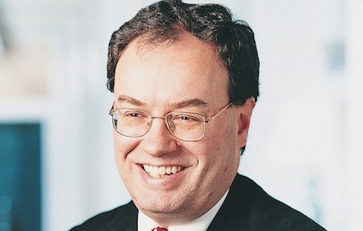 Andrew Bailey has called on EU regulators to better engage with the FCA to reach agreement ahead of Brexit.

Mr Bailey, the regulator’s chief executive, made the plea at the City Banquet at Mansion House last night.

He said: “We are preparing for a range of outcomes including an implementation period that smooths transition and a hard and sudden exit.

“It’s a lot of work, but I think we are on course, thanks in very large part to the huge input from FCA colleagues.

“I was amused the other day when someone asked in Parliament if the FCA had adequate resources to deal with this.

“It was the same day that we put out 900 pages of consultation documents on Brexit preparations for no deal, which is good going in a single day even by our standards.

“So, I think we can handle it.

“But, as I have said before, we urgently need the engagement of our EU counterparts so that we can put in place Memorandums of Understanding (MoUs) and other important practical arrangements.”

He added: “This is not just a self-serving UK point.

“It applies to both sides.

“MoUs will support cross border supervision of firms and data sharing will support our ability to jointly oversee markets.

“The FCA is a significant sharer of cross border data, we pass on around 70 per cent of the transaction reports we receive to our counterparts across the EU and we are committed to continue this, if it is possible.”

Mr Bailey said the FCA did not “take a position on Brexit per se” as it would be “inappropriate as a public body”, but he said he hoped the UK would “seek to stay closely aligned to the EU.”

He said: “There are good reasons for doing this – our markets are closely integrated and we have developed much of the EU financial services acquis together.

“So, we need to find a way to create the effective voice and practical involvement for the UK authorities when it comes to the shape and form of that future alignment.

“We can build on our close and effective working relations with authorities in the EU, but obviously we would need a framework in which to do that.”

More in this category: « DFM and SIPP firm Greyfriars enters administration Court hits firm with £200k fine for auto-enrolment abuse »
back to top