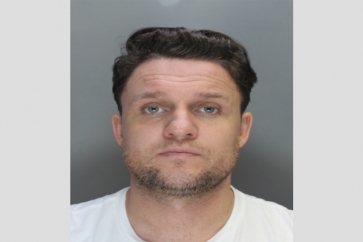 Three men have been jailed for their roles in operating a boiler room fraud, which fleeced investors out of £415,000, by convincing them to invest in worthless coloured diamonds.

Following an investigation by the City of London Police’s Fraud Squad, they were unanimously found guilty of conspiracy to defraud by a jury, at Southwark Crown Court, on Friday, following a five week trial.

Details of each of those sentenced are:

The Fraud Squad first became aware of the boiler room via the City of London Police’s CID, after officers attended the premises to respond to a genuine report of a burglary by a company called Reco Commodities.

After entering the office they had suspicions that the company was set up as a boiler room.

There were telephones with headsets, scripts on every desk, printed lists of names, addresses and telephone numbers, plus notepads containing handwritten notes about individuals and glossy brochures about diamonds.

They tipped off the Fraud Squad which then swooped on the office and conducted a search of the premises.

They met with Aaron Fay, who identified himself as a director of the company, and he confirmed that it was a company selling diamonds to individuals.

Fraud Squad officers told Mr Fay of their suspicions regarding the company and its activities, and following their search, they seized a number of items which reinforced their beliefs.

Two folders were found containing numerous copies of documentation which it appeared were being used to create starter packs for new employees, so that they could contact people and get them to invest in diamonds.

They contained scripts for employees to follow when contacting victims, with phrases such as diamonds are the ‘investment of the decade’ and promises of 15%-25% profits on their investments.

On top of this, employees were supplied with information to develop their knowledge of coloured diamonds, being a broker and how investments work.

Other evidence seized at the office included several diamonds found in a jiffy bag in a cupboard with accompanying GIA certificates in sealed bags and a note on each of them with the names of victims.

The Insolvency Service assisted the Fraud Squad to examine some of the items seized, as it was also investigating the company because of complaints it had received.

It was agreed that its Digital Forensic Unit would inspect the computers and supply any relevant material to the Fraud Squad.

After searching the company’s offices, Mr Fay was interviewed but denied he had committed fraud and so the Fraud Squad continued with their investigation.

Their subsequent enquiries into Reco Commodities and Mr Fay, confirmed their suspicions that the company was in fact a boiler room.

It also became evident that a number of aliases were being used by staff in the office.  At this point, two new suspects were identified – Mr Ball and Mr Kundi.

Mr Ball appeared to run the administration of the company, and supplied employees with large spreadsheets containing people’s contact details for cold calling.

Mr Kundi worked as the floor manager, motivating and supplying information to staff, recording and distributing the calls, while also contacting victims himself.

The majority were cold called using the lists of contact details supplied by Mr Ball, while some were able to be contacted as they’d previously invested in other products or had previous business dealings with some members of the company, including Mr Kundi.

Reco Commodities was buying the diamonds from a legitimate diamond wholesaler, which was “oblivious” to the fraud being committed by the company.

The amount of money that was paid by victims for an individual diamond ranged from around £3,000 to £21,000, while the highest total amount of money paid for several diamonds by one victim was just under £115,000.

In reality, these diamonds were worth nowhere near what the victims were paying.

The majority of victims never saw or received the diamonds they had invested in.

Temporary Detective Sergeant Chris Glover, of the City of London Police’s Fraud Squad, said: “Despite Fay initially denying that Reco Commodities was committing any wrongdoing, the Fraud Squad’s investigation, with support from the Insolvency Service, uncovered the full extent of his, Ball’s and Kundi’s fraudulent activity.

“They used several tactics to put as much pressure as they could on these victims, some of whom were vulnerable, to defraud them of hundreds of thousands of pounds.

“This case should act as a warning, not just to fraudsters, but also to the public.

"If you’re called out of the blue from an unknown person about an investment opportunity, simply hang up the phone.”

Anthony Hannon, official receiver at public interest unit, of the Insolvency Service, said: “We are pleased about the joint working with our colleagues from the City of London Police’s Fraud Squad and we have also secured lengthy bans - including one for the maximum - against the three bosses.

“This will prevent them from setting up another business and possibly repeating this behaviour.”

More in this category: « Chancellor to deliver pre-Brexit Budget this afternoon FCA reveals jump in complaints to over 4 million »
back to top