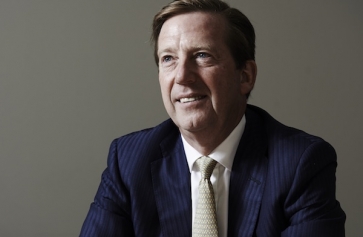 AFH, the acquisitive Chartered Financial Planner-led business, is to take over Harrogate-based Premier Wealth Management in a deal worth up to £4.5m.

Directly-authorised Premier has 470 clients across Yorkshire, Bristol and Lincolnshire and £90m in Fund Under Management.

The deal will extend AFH’s presence in the North and North East.

The initial payment for the acquisition is £2m in cash, funded from AFH’s existing cash resources. Further sums will be payable in cash over the next 26 months, subject to performance criteria being achieved.

For the 12 month period ended December 2017, Premier reported revenues of £0.7m and pre-tax profit tax of £0.35m. Since that time the business has grown revenue and profitability, says AFH.

Premier boss Richard Evans has more than 35 years’ experience, having worked at senior level for three UK insurance companies for 20 years and been an IFA since 2006.

He will continue to serve his clients but will join AFH’s adviser team, as will his colleague, Leeds-born Andrew Huby.

Mr Huby has been an IFA for more than 25 years, having worked at Yorkshire Bank and Skipton Building Society.

Colleague Tom Frane, who started work at Premier in 2017 after graduating from the University of York, will move to AFH as a trainee IFA.

Mr Evans’ daughter Lottie, who joined Premier in 2017 after graduating from the University of York, will continue to manage the team’s offices just outside Harrogate.

Mr Evans said: “For a while it’s been clear that to take the business to the next stage we needed to become part of a larger organisation.

“Frankly with the likes of MiFID and PI costs it’s becoming impossible to deliver the proposition we want for our clients at a cost that’s competitive. With AFH we’re going to be able to drive costs down for our clients while delivering a great investment proposition.”

AFH chief executive Alan Hudson said: “It’s great to welcome Richard, Andrew, Tom and Lottie to the AFH family. The different tracks they’re taking in joining us highlight our commitment to the future of the industry. And I know their clients are going to appreciate seeing more of them and learning about the AFH proposition.

“Joining forces with Richard and his team builds on recent acquisitions to further strengthen our presence in Yorkshire and the North East.”

AFH Financial Group was founded by Chartered Financial Planner Alan Hudson in 1990 and is based in Bromsgrove, Worcestershire. It describes itself as a fast-growing Financial Planning-led investment management company. It currently has around £4.5bn funds under management.

More in this category: « Bank of England base rate held at 0.75% Pensions being treated as ‘bank accounts’ as withdrawals soar »
back to top