Register for Financial Planning Today website for FREE to view more stories and get our daily newsletters. Click on 2 stories to see Registration pop up.
Thursday, 08 November 2018 10:54 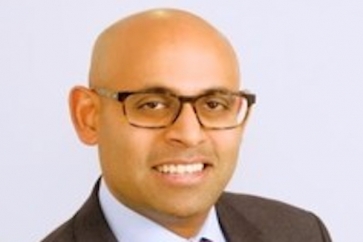 Pension transfer values, as measured by the XPS Pensions Group Transfer Value Index, fluctuated during October 2018, with an overall rise during the month.

The difference between maximum and minimum readings of the XPS Pensions Group Transfer Value Index over October 2018 was £8,600 (or around 3.6%).

Sankar Mahalingham, head of DB Growth, XPS Pensions Group said: “The increase in transfer values over October 2018 was due to both a drop in gilt yields and an increase in inflation over the month.

“This is the biggest monthly change for over a year; in fact, the fluctuation in October is almost as much as that for the year to September 2018.

“We mentioned last month that it was possible there would be a return to volatility as we approach the deadline for agreeing a deal for Britain leaving the European Union and continued speculation about the type of deal negotiated, including no deal, all of which may impact gilt yields and inflation expectations.”

The XPS Pensions Group Transfer Value Index tracks the transfer value that would be provided by an example DB scheme to a member aged 64 who is currently entitled to a pension of £10,000 each year starting at age 65 (increasing each year in line with inflation).

A given individual may therefore receive a transfer value from their scheme that is significantly different from that quoted by the XPS Pensions Group Transfer Value Index.

More in this category: « AJ Bell boosts profits to more than £28m ahead of IPO Lancashire Financial Planner and IFA expands with acquisition »
back to top