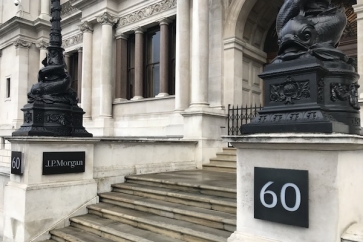 The firm released its annual 2019 Long-Term Capital Market Assumptions (LTCMAs), a set of projections about how 50 major assets classes around the world will perform over the next 10 to 15 years on average, designed to help guide investors in developing their long-term strategic asset allocations.

The overarching investment theme of the report concerned the “headwinds and opportunities” presented by the current economic environment, which is late cycle in the United States.

Mr Bilton told a press briefing on Wednesday: “The long-term outlook is surprisingly stable” before saying that “return potential is good” for investors.

JPAM did signal a note of caution in the short-term, however, saying: “While long-term optimism remains, today’s mature U.S. economic environment demands that investors evaluate how turning points in the cycle might lead to unexpected outcomes, even in diversified portfolios.

“Our 2019 assumptions come at a time of intense speculation about when the current cycle of economic expansion may end.

“While trying to precisely time the downturn is likely futile, understanding the complexities of the late cycle and preparing for the next phase is a vital exercise.”

He added: “This will require managing outside the mean.

“In other words, investors will need to look for insight beyond traditional mean-variance tools to navigate the late cycle environment.

“In the longer term it implies that while mean reversion is a powerful force, it isn’t infallible and investors must be mindful of which of today’s dislocations may be tomorrow’s new equilibria.”

Speaking about Brexit she said: “I’ve been very vocal about a good Brexit deal for a long time and I still think that.”

But, she too was cautious, and added: “Even though I’m pretty optimistic about Brexit I think there will be some long-term effects of this.”

To highlight her point she spoke about potential demographic problems in the UK labour force as a result of the vote to leave the EU.

More in this category: « Lancashire Financial Planner and IFA expands with acquisition Robo-Adviser to split advised and non-advised services »
back to top