Register for Financial Planning Today website for FREE to view more stories and get our daily newsletters. Click on 2 stories to see Registration pop up.
Monday, 12 November 2018 10:57 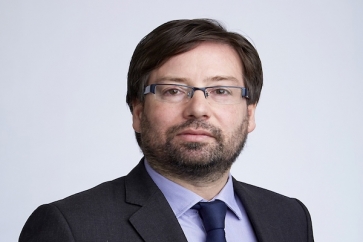 Financial Planner and wealth manager Tilney has continued its focus on Scotland with a new hire.

The firm has appointed Neil Joss as a senior investment manager, who will join Tilney’s team in the company’s office in Glasgow.

Mr Joss joined from Smith & Williamson where he has worked since 2008, previously as an operations manager and most recently as an investment manager.

Prior to this he was a manager at Gerrard Investment Management.

Tilney is one of the largest wealth managers in Scotland and one of a few firms with an office presence in the nation’s three largest cities: Edinburgh, Glasgow and Aberdeen.

In Tilney’s Glasgow team, Mr Joss will deliver advice as part of the firm’s ‘two expert’ approach, which sees investment managers paired alongside the firm’s Financial Planners to provide what the company described as “a high quality integrated wealth management service” to clients.

Paul Frame, head of the Scotland and Northern Ireland regions for the Tilney Group, said: “Neil is an extremely talented individual who always strives to achieve the highest possible standard, and I am delighted to welcome him to the Glasgow team.

“This is the latest in a series of hires in Scotland as we continue to strengthen our presence in the country.

“Being able to attract candidates of such a high calibre will aid us in giving our clients the highest possible service.”

More in this category: « CISI event to explore relationships and money 7IM provides financial education top tips through the ages »
back to top