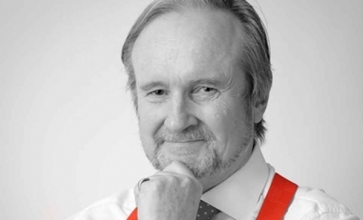 This year’s latest survey suggested 33% of young people say they have had money management lessons in the last month compared to 42% in 2017.

The firm’s top tips were:

1)    Let’s get real on financial education in schools
Justin Urquhart Stewart, Co-founder and head of corporate development, 7IM said: “Financial education in the classroom is vitally important and we’d all like to see more of it. But schools have so many competing pressures it makes financial services regulation look like a walk in the park.

“Rather than trying to shoehorn financial education into other lessons, in my ideal world I’d like to see one day a term devoted entirely to financial education. This would allow schools to delve into personal finance in a much more meaningful and engaging way (and actually get kids really talking about money) without creating too much more curriculum bureaucracy.”

Under 7’s
2)    Start at home
Mr Stewart said: “Attitudes towards money are often inherited, and so good money management skills should start at home and in time should come as naturally as your Ps and Qs. Counting money is a good starting point and is something most young children really struggle with. But it can really help their understanding of money concepts and the value of money (so they know it really doesn’t grow on trees) whilst boosting their maths skills.”

All ages
3)     Junior ISAs – fostering a savings habit
Sophie Kilvert, private client manager, 7IM said: “Junior ISAs (or Child Trust Funds if your children are older) can be a great way to engage children with the concept of stock market investing, not to mention the advantages of delayed gratification, hopefully kick starting a savings habit that will last a lifetime. As they get older, you can even start to involve them with the fund selection. Many parents are forever telling their kids not to put all their eggs in one basket when it comes to friendships – collective investments teach them all about spreading financial risk, too. It is not as difficult for kids to get to grips with as you might think.”

Young kids through to adults
4)    Get Appy with some generation gaming
Michael Martin, private client manager, 7IM said: “We often complain about our children’s addiction to technology, whilst simultaneously checking our mobiles and scrolling through facebook. So why not try financial apps for some generation gaming? It’s good to talk – but visual props can really help bring money to life and at least set a few good examples.

“Our free 7IM app, 7IMagine, was developed by the experts behind Nintendo 64 classics GoldenEye and Donkey Kong, and allows any investor to punch in detailed numbers about their existing savings, investments and other assets, in as little as 10 minutes. A whole range of scenarios can be run to see if your retirement goals might be on track, using gaming technology – although we’ve resisted blowing anyone up if their money runs out.

“We have run 7IMagine past secondary school pupils in the past, who were staggered to see how numbers can potentially add up over time. We imagined a 25 year old had invested a £1,000 windfall into an ISA and continued to contribute £50 per month. We then imagined a company pension had been started at the same time, with a £100 per month contribution also matched by the employer. We assumed a 6% annual growth rate for both the ISA and the pension. At retirement, this theoretical amount (bearing in mind that there are never any guarantees) could have given a total pension pot of over three quarters of a million pounds by retirement at age 69. It’s a good illustration of the power of compounding.”

8 plus
5)    Pocket money the plastic fantastic way
George Martineau, who is based in 7IM’s Edinburgh office, said: “In a world where cash is no longer king – contactless is – even sweets are being paid for by card. Schools are cashless too, with all kinds of high tech payment methods. All well and good, but not necessarily brilliant for teaching kids budgeting skills. But if you can’t beat them, you might as well join them. I use a pre-paid debit card for my kids, which pocket money can be loaded on to. It means they can only spend what’s on the card and so have to learn to budget. I also have a mobile app which is linked to it so I can see what they’ve been spending. Since the amount of money I pay in is fixed, I don’t tend to worry about them splurging their money – it’s a good financial education lesson since they won’t be getting any more. Money really can run out, after all.”

18 plus
6)    Inheritances can be like a lottery win – don’t let it end badly
Michael Martin, Private Client Manager, 7IM said: “None of us can or should rely on an inheritance to bail us out when we find a massive savings shortfall later down the line – parents deserve to enjoy their retirement, after all. But most parents do want to pass wealth down through the generations. Our research with The London Institute of Banking and Finance earlier this year found that whilst 91% of the over-50s want to maintain their current lifestyle in retirement, nearly half (47%) want to leave behind a decent inheritance and over a quarter (28%) are keen to retire early. Yes, we all want to have our cake and eat it.

“But if your kids are lucky enough to be coming into some money, it’s important to educate them about money. Hitting the jackpot doesn’t always end well, after all – as one or two lottery winners have demonstrated in the past (not to mention the aristocracy – there’s plenty of colourful tales of misspent inheritances there, too). And if you are not sure how your kids are likely to handle sudden wealth, it might be worth running a few ‘tests’ – gifting meaningful sums of money, but not too much. If they spend or invest it wisely, you might want to try a few follow on ‘tests.’”