Register for Financial Planning Today website for FREE to view more stories and get our daily newsletters. Click on 2 stories to see Registration pop up.
Friday, 30 November 2018 11:47 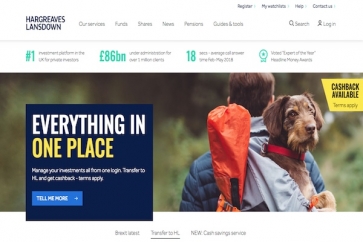 “According to Zoopla, that’s enough to buy Mansion House (a stately home in Westminster with 7-bedrooms and an indoor pool currently on the market for £36m), with enough left over to pick up a £14m Chelsea townhouse.

“And while it’s a fair bet neither of these properties are going to be snapped up by a first-time buyer, LISAs are already making a huge difference to people saving hard for their first home.

“And there’s every sign that savers are making the most of their allowances: Government figures show that in the first year, the average LISA held £3,114, so the average bonus was £778.50.”

“So whether you fancy your own central London stately home, or you just want to get out of the rental market and into a place of your own, if you’re aged 18-39, and have at least a year until you plan to buy, a LISA could offer just the leg-up you need.”

More in this category: « AJ Bell hits out at Investment Association over ETF consultation AFH makes biggest ever acquisition with £10m deal »
back to top