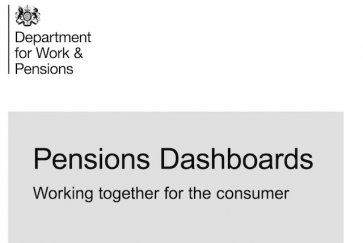 The Government has published surprise plans today to open the door for commercial providers to offer enhanced Pensions Dashboards to pension savers.

There will be a free, non-commercial Pensions Dashboard, possibly available as early as next year, as planned.

But following this the Government plans to open the door to ‘regulated third parties’ to offer enhanced commercial Pensions Dashboards.

It sees this move, popular in other countries with Pensions Dashboards such as Israel, as a way of accelerating take up and improving interest.

The Government report says: “We believe that multiple dashboards will improve choice for consumers, allowing them to use the dashboard that most meets their needs. However, these should exist alongside a non-commercial dashboard.”

The Government published its detailed proposals for the long-awaited Pensions Dashboards today.

The new Pensions Dashboard could appear by next year but Parliament will need to find time to pass new legislation to make the supply of pensions information compulsory and ensure safeguards for pension savers’ data are in place. A single body will collate the pensions information.

The Government says the Pensions Dashboards would:

Pensions Minister Guy Opperman said: “Accessible Pensions Dashboards would help people to make informed choices and better plan for retirement. The government believes that consumers will benefit from a range of dashboards to choose from, and will work with the pensions industry to include State Pension information at some stage.”

Yvonne Braun, director of Long-term Savings Policy at the Association of British Insurers, said: “Today, Pensions Dashboards start moving from rhetoric to reality. Being able to access all your pension information in a single place will transform retirement planning for millions.

“Dashboards will also help reunite people with an estimated £20 billion in lost pensions money. The government is right to be preparing for legislation – all pension providers and schemes need to be involved, as well as the State Pension.

“We’ve been working hard for more than 2 years with our members and partners to lay the groundwork but there’s a huge amount still to do. We’re excited to get on with the next phase, and to being joined by all parts of the pension system.”

For the full report see Pensions Dashboards: Working together for the consumer