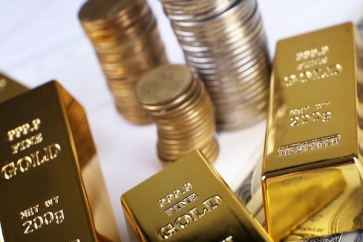 A director has been banned for 14 years after his companies conned people to invest in dubious precious metal schemes.

The companies offered a range of alternative investment opportunities in commodities such as carbon credits, rare earth metals, gold and coloured diamonds.

But customer complaints triggered an investigation by the Insolvency Service before the two companies were wound up in November 2016 by Robin Dicker QC.

During the hearing the court heard that the companies’ representatives “systematically took funds from customers using misleading tactics.”

Investors were led to believe their funds would be used to buy physical gold items, such as bars and coins, which would then be kept in vaults and that they would own that gold.

Their cash was instead used to buy ‘unallocated gold’ or speculations in gold futures which were bought in the name of the companies and not the investors.

This ruse meant customers had no stake in any of the gold, which was sold to pay the running costs of a separate business.

During the hearing, the court heard that the two companies maintained they had no obligation to use funds to buy gold or to hold gold of equivalent value to the amount purchased by investors and they were providing investors with a platform for spread betting on the price of gold.

Investigators concluded that Caledonian and Caledonian Commodities took close to £570,000 for a variety of investments, mostly in precious metals, but also in other investments of “dubious value” including carbon credits and rare earth metals.

At the winding up hearing the judge found that “the business of the companies has been conducted in a way which does not meet accepted minimum standards of commercial behaviour” and “trading involved mis-selling which, in a number of respects, can only have been deliberate.”

On 1 November the Secretary of State accepted a disqualification undertaking for 14 years from Ozden Hassan after he admitted causing or allowing the companies to systematically take money from investors on the basis of misleading statements, leading to a shortfall to creditors of at least £510,000.

Effective from 22 November 2018, Ozden Hassan is now banned for 14 years from directly or indirectly becoming involved, without the permission of the court, in the promotion, formation or management of a company.

Anthony Hannon, official receiver at Public Interest Unit, said: “These companies seriously misled members of the public to part with their savings and did nothing but bring misery to their customers in order to benefit the directors and salespeople at substantial cost to the investors.

“Ozden Hassan’s ban is substantial and clearly demonstrates that this kind of behaviour will not be tolerated.”

More in this category: « Inaccurate records could wreck Pensions Dashboard plans IRESS expands open integration for XPLAN »
back to top