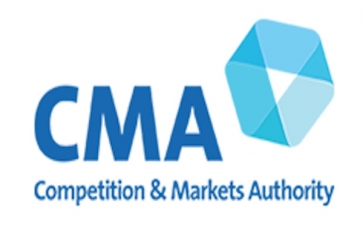 The Competition and Markets Authority (CMA) has said loyal consumers are being “exploited” by firms.

The body responded to a so-called ‘super complaint’ from Citizens Advice which claimed customers were being “ripped off” for a number of services including mobile, broadband, savings, home insurance and mortgage deals.

The CMA study looked at year-on-year price hikes, costly exit fees, difficulties for customers to cancel contracts or switch providers and consumers being required to automatically renew a contract.

Andrea Coscelli, chief executive of the CMA, said: “Our work has uncovered a range of problems which leave people feeling ripped off, let down and frustrated.

“They shouldn’t have to be constantly on guard, spending hours searching for or negotiating a good deal, to avoid being trapped into bad value contracts or falling victim to stealth price rises.

“Millions of loyal or vulnerable customers are being taken advantage of each year by firms – and end up paying much more than they should do.

“This must come to an end.”

The CMA supported claims that loyal customers were £4bn a year out of pocket.

The FCA backed the CMA’s probe when it was launched in September.

Andrew Bailey, chief executive of the FCA, said: “Citizens Advice has raised a number of important issues and we will work closely with the CMA as it investigates this super-complaint.

“We expect firms to look after the interests of all customers and treat them fairly, whether they are new or long-standing.”

The report stated: “Offering introductory deals is not necessarily harmful.

“It can encourage people to shop around and try out new services, as well as allowing new businesses a foot in the door by attracting new customers.

• the price gap is large, with some paying very high prices, or it affects many people

• it particularly harms those who may be vulnerable such as the elderly, those on low incomes, or with physical disabilities or poor mental health

• it happens in ‘essential’ markets.”

It also found evidence to suggest “many longstanding customers are paying much more than newer customers, with businesses repeatedly increasing prices year on year.”

In the insurance/protection sector the report welcomed an FCA market study into the ‘loyalty penalty’ and made two suggestions for the regulator.

It said the FCA should:

• Explore how intermediaries can continue to benefit the home insurance market (for example where ‘semi-smart’ solutions can improve the existing infrastructure of price comparison websites).

More in this category: « FCA fines Santander £32.8m for failings on estates Inflation falls to lowest since March 2017 »
back to top