Register for Financial Planning Today website for FREE to view more stories and get our daily newsletters. Click on 2 stories to see Registration pop up.
Monday, 24 December 2018 10:31 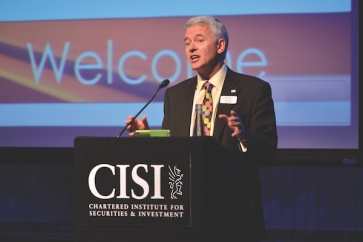 “Off-the-scale workloads and out-of-touch senior management” have been identified as the key causes of financial services staff stress and mental ill health in a new survey.

Meanwhile just 46% of those working in financial services would feel confident about speaking to their manager about mental ill health, according to the latest CISI survey.

The CISI asked respondents how confident they would be talking to their manager at work if they felt they were suffering from stress, anxiety or depression, with 3,686 respondents reflecting a survey of both CISI’s online community supported by a survey of its members.

The CISI says the figures represented “the largest response obtained in the shortest amount of time compared to any other survey ever run by CISI before, showing the strength of feeling on this issue in the finance profession.”

Many respondents to the CISI survey chose to leave anonymous comments, some indicating the financial services sector they worked in.

The CISI said some of the comments were “disturbing and touch on topics which may resonate across the world of work: lack of trust in HR departments and managers, work-life balance, underfunding of the NHS for mental health support, challenges faced by women in the workplace and bullying.”

Long working hours and the pace of activity during the working day were also reported by a number of respondents.

Some firms were singled out by respondents as being particularly supportive to their staff on the issue of mental ill health, including Hargreaves Lansdown and PwC.

Paul Feeney, CEO of wealth management firm, Quilter, said: “I’m not surprised by CISI’s findings, talking about mental health has been stigmatised and we need to change that.

“These findings clearly set out the link between a company’s culture and the mental health of its employees and show it is vitally important that business leaders create supportive working cultures in which people can thrive.

“People often have a perception that everyone else’s life is more perfect than their own, which is not the case.

“Like many people I’ve had my own mental health issues in the past and I’ve learnt that it is okay to talk about them.

“It’s important to me that we build environments where it’s okay to not be okay, because the more we talk about problems, the easier it will be to share experiences, pool ideas and help each other.

“At Quilter, we have an initiative called Thrive, which aims to put these issues out in the open and we’ve signed the Time to Change pledge which is working to change the way we all think and act about mental health problems.”

Simon Culhane, Chartered FCSI and CISI CEO, said: “This is the first time we have sought to find out how those in our profession feel about mental health.

“We are overwhelmed and moved by the strength of feeling on this issue amongst our members.

“The feedback in particular has shown that workload and working hours are root causes in respondent’s experiences.

“These factors are controlled largely by the culture within a firm, which is in itself determined by the leadership.

“If leaders have an enlightened approach to their own well being as it relates to work stress, then this is an important example to set staff, to show the importance of self-care as it relates to mental health.

“There are firms who are leading the way with their approaches to reducing the stigma about mental ill health.

“There is also lots of work underway by large charities and initiatives, such as the Lord Mayor’s Trust’s This Is Me campaign.

“The profession as a whole can learn from both, while sharing individual stories from staff who have experience in this area, actively demonstrating that mental ill health should be treated as any other illness without a stigma attached.

“Admitting to mental ill health is not a weakness.

“We don’t pretend to have all the answers but these findings in particular show that our profession needs to change how it manages its people as a resource, which we will explore and look at over the coming months to support our 45,000 members globally.

“We have a professional refresher online module on mindfulness in the pipeline and we will be dedicating further online resources to signposting to charities working in this space, plus regular events focusing on mental health.”

More in this category: « FSCS declares 3 financial firms in default 10 pension predictions for 2019 from ex-Pensions Minister »
back to top