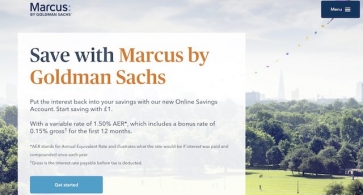 More than seven in 10 adults (71%) plan to make changes to their finances in 2019, according to a large-scale survey.

The survey by Goldman Sachs new online savings bank Marcus suggest that while nearly a third of people (29%) of adults are “happy” with their financial situation the vast majority are not.

Despite the uncertainty of Brexit, younger people were the most optimistic about their future finances, with 34% of 18 to 34-year-olds predicting that they will be better off this time next year. In contrast, a quarter (26%) of those over 55 expect to be worse off.

Londoners and Midlanders were the most optimistic about their finances despite the woes of the property market this year in parts of London where prices have fallen.

The top three most optimistic regions were:

The regions where residents expect to be worse off with respect to their financial position next year:

Marcus managing director Des McDaid said: “An important conclusion from the research for me is the optimism that’s being shown about the coming year, especially by the younger generations. Many people are planning to make positive changes to improve their financial situation and boost their savings.”