Register for Financial Planning Today website for FREE to view more stories and get our daily newsletters. Click on 2 stories to see Registration pop up.
Tuesday, 08 January 2019 09:07 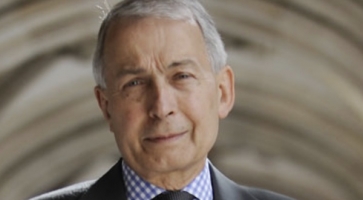 MPs on the Works and Pensions Committee have voted to investigate contingent charging on pension transfers but some in the industry are sceptical about the benefits of such a move.

The committee, led by Frank Field MP, decided this week to launch an inquiry into contingent charging in the wake of the British Steel Defined Benefit Pension Scheme debacle.

A number of British Steel Pension Scheme members were targeted by so-called ‘vulture’ advisers to persuade them to transfer to unsuitable schemes. Some of these advisers have closed down and compensation claims are pending. Some have called for an outright ban on contingent charging.

However, while many have welcomed the Work and Pensions’ Committee’s inquiry, some say banning contingent charging “will not improve the quality of advice” and could be counter-productive.

PIMFA, a leading trade association for personal investment management and the financial advice sector, said the announcement of a committee inquiry had not changed its view that a ban could lead to “unintended consequences.”

PIMFA senior policy adviser Simon Harrington said: “We maintain the position we laid out in May 2018, namely that the removal of contingent charging will not necessarily improve the quality of advice consumers will receive or, indeed, improve their overall outcomes, and we reiterate the unintended consequences of imposing such a ban.

“Removing contingent charging without a viable way for individuals to access advice will ultimately turn people away from an absolutely indispensable part of the retirement planning process.”

PIMFA say the committee has focused on the actions of a minority of “errant advisers - or to use the Work and Pensions Select Committee terminology, ‘vultures.’”

The trade body says the committee should focus on the valuable role advice plays for individuals at all income levels and strive to ensure as many people as possible can access advice rather than “cutting off” avenues to it.

PFS chief executive Keith Richards also urged caution on a ban and said there was a need to "protect consumer choice" when it came to paying for advice.

He said he understood the concerns over contingent charging and it was right there should be scrutiny but added: “Following the Work and Pension Select Committee’s latest call for a review, the Personal Finance Society cautions the need to protect consumer choice but acknowledges the need to address growing concerns over conflicts of interests – real or perceived – and the inherent risk to contingent charging more widely.

“Consumers seek Financial Planning advice when they recognise the need for expert support. Often the need to do something is evident from the outset, meaning that the use of contingent fee charging is an appealing and convenient consumer fee option."

Others, however, have welcomed an inquiry.

LEBC director of Public Policy, Kay Ingram, said:  “Contingent charging creates a doubt that the advice being given can be unbiased. It also perpetuates the cross subsidy between consumers and trivialises what is a key decision for the pension scheme member to make.

“The ‘no transfer no fee’ model should be consigned to history so that all consumers can be assured of impartial unbiased advice at a fair price.  This would enable firms to cut the cost of advice for everyone and make advice more accessible.”

The Work and Pensions Committee said during its inquiry into the Pensions Freedom changes it received “worrying” evidence about the financial advice given to members of the British Steel Defined Benefit Pension Scheme (BSPS).

The Committee’s report found that many members of the BSPS were given bad advice and took a DB transfer when it was not in their best interests.

MPs said: “The Committee found that a supposedly independent financial adviser could be incentivised to give bad advice—ie suggest a DB transfer—because of the way their fees were structured: the adviser was only paid, or paid much more, if the person decided to take a DB transfer. This is known as “contingent charging”.

The Committee recommended that this charging structure should be banned for defined benefit pension transfer advice however the FCA had looked at the issue but had decided not to ban contingent charging subject to further review.

Frank Field MP, chair of the Work and Pensions Committee, said: “The FCA has confirmed to me that it shares many of the Committee’s concerns about the scourge of contingent charging.

“But to tackle this, and to protect consumers from the vultures circling around their pension pots, it needs more proof of what is really happening to people. It has explained to me the complexities of contingent charging, and how it needs to carefully consider its possible interventions so as not to cause unintended harm, particularly to vulnerable customers."

The committee has asked for evidence from people affect by the issue to be submitted by 31 January.