Register for Financial Planning Today website for FREE to view more stories and get our daily newsletters. Click on 2 stories to see Registration pop up.
Wednesday, 09 January 2019 11:54 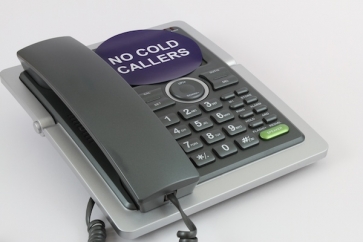 Experts have hailed the onset of a ban on pensions cold calling which came into force today.

From today pension scammers who use cold calling could be hit with fines of up to £500,000.

The ban prohibits cold-calling in relation to pensions, except where:

• the caller is authorised by the FCA, or is the trustee or manager of an occupational or personal pension scheme, and

• the recipient of the call consents to calls, or has an existing relationship with the caller

Pensions cold calling has been seen by many critics as at the root of pension scams, particularly on pension transfers.

Margaret Snowdon OBE, chair of PSIG, said: “We welcome these regulations to ban cold calls in relation to occupational and personal pension schemes.

“PSIG called for a change in the law when we first published our voluntary Code of Good Practice in Combating Pension Scams in 2015, so we are encouraged to now be seeing this coming into force.

“Of course, a ban on cold calling will not deter all scammers, but anything that makes it more difficult is a good thing.

“A significant public awareness campaign will now be vital to ensure that the man in the street is aware that cold calls about their pensions are now illegal.”

Tom Selby, senior analyst at AJ Bell, added: “Almost four years after the retirement freedoms were introduced the Government has finally taken a much-needed step to tackle the scourge of pension scams.

“However, prohibiting cold-calling is only part of the solution and will by no means eradicate the threat of scam activity altogether.

“Pensions remain a juicy target for fraudsters and some will inevitably look to circumvent the ban or simply ignore it altogether.

“The message to retirement savers from now on is crystal clear: if someone you don’t know calls out of the blue about your retirement pot, hang up the phone.”

And Kate Smith, head of Pensions at Aegon, said: “The introduction of legislation to make pension cold calling illegal is welcome news and sends a clear message to scammers that unsolicited calls to people about their pensions won’t be tolerated.

“Ultimately, prohibiting pension cold calling is about protecting savers from being scammed and avoiding the devastating impact that pensions fraud can have.

“While the ban will go some way in preventing scam activity and protecting individuals and their savings, there is still considerable work to be done to educate the public so people are aware that cold calling is illegal.”