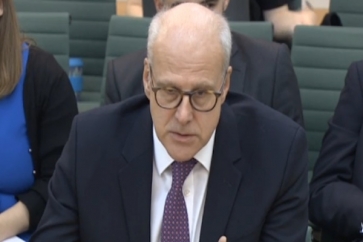 The current level of funding and the financial structure of FOS will have to change, FCA chairman Charles Randell told the Treasure Committee today.

Mr Randell was appearing alongside FCA chief executive Andrew Bailey as the pair were grilled by MPs on a range of topics including mortgage arrears and overdraft and bank charges.

The discussion then moved on to a number of probing questions about the Financial Ombudsman Service (FOS).

Asked whether FOS’ funding was sustainable, Mr Randell said: “As the scale of its PPI activity comes down its financial requirements and its financial structure will need to change to reflect a more heterogenous flow of cases.”

Mr Randell was quick to also point out: “It will also get new jurisdictions as well, so this is something the oversight committee has been discussing with the board of FOS.”

Mr Randell chose to “duck” a question from the committee over the best way to fund FOS going forward as he said this was a “work in progress”.

Earlier Mr Bailey had recalled the greater role the regulator had in overseeing the Ombudsman, which had moved into other areas of scrutiny than a purely budgetary one.

The FCA pair had faced earlier questions about how much oversight they now have with regards to FOS.

Mr Randell said: “I chair the FCA board’s oversight committee which discharges its obligations in terms of its oversight of the Financial Ombudsman Service and the Financial Services Compensation Scheme.

“I’ve been keeping in touch with him and keeping abreast of his further work with the Ombudsman to see how they are implementing his recommendations.

“The committee has also been scrutinising the Service’s plans, both to responses to recommendations and to ready themselves for the extensions to their jurisdiction.

“I’ve had a number of meetings with them, I meet frequently, also, myself with the chair and, because he’s moving on in 2019, also with the senior independent director and chief executive and so forth.

“So, I meet them very very regularly to make sure that they are on track to implement the plans that they need to execute.

“At this stage their plans appear to be on track, the oversight committee has discussed with them the level of assurance the board of FOS will receive on the implementations of those plans and readiness.

“We expect all of this to be shared with us and obviously all of that will come together in a package, which will inform our effectively final decision in March, that the green light can remain green for 1 April.”

Mr Randell then deviated from the question to make what he called a “commercial break” on behalf of FOS, which he praised for the “value” of the service it provides, especially for people “who have absolutely no access to a dispute resolution service without the Ombudsman”, the majority of which, he said, “benefit enormously”.

More in this category: « Financial assets ‘will rally’ if PM wins Brexit vote Selectapension winds up DB pension advice arm »
back to top