Register for Financial Planning Today website for FREE to view more stories and get our daily newsletters. Click on 2 stories to see Registration pop up.
Wednesday, 16 January 2019 10:08 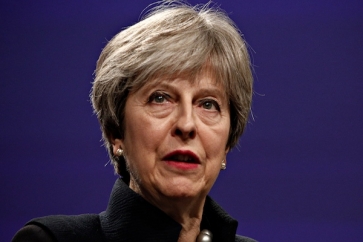 Experts have reacted to the Government’s defeat in Parliament last night on its flagship Brexit deal.

The vote saw Theresa May’s negotiated accord with Brussels rejected by 202 in favour versus 432 against, the biggest loss by a Government in history.

He said: “For investors, it means further uncertainty in the near-term, and it could mean a bumpy ride for both markets and Sterling in the coming weeks as the saga continues to unfold.

“Nonetheless, for long-term investors this volatility does provide opportunities to buy domestic stocks – which were already at a significant discount to other markets – at more attractive levels.

“Such an opportunity should not be overlooked by anyone with a longer time horizon than the next few months.”

As the night unfolded the pound fell then rose again following the vote.

In the lead up to Parliament's verdict sterling slumped below $1.27, after the vote is had risen above $1.28.

Laith Khalaf, senior analyst at Hargreaves Lansdown, said: “The pound has become the market’s Brexit barometer, and it’s been a volatile night as currency markets digest proceedings in Westminster.

“Sterling gained ground following the vote, but only recovered ground it lost earlier in the day.

“Markets think a softer Brexit may start to take shape now the vote has failed, as Parliament gains greater control of the process.

“This is a change in dynamic, as previously Government failures have heightened expectations of a hard Brexit, and have weighed sterling down.”

He added: “The reality is there’s no correct price for sterling until there’s greater resolution on the direction of Brexit, what we have right now is a middle ground between competing possibilities.

“Assuming Brexit does resolve itself one way or another, the pound will ultimately find a new level, but it’s not going to be a smooth journey.”

Stephen Jones, chief executive of UK Finance, said: “Parliament has made it very clear there is no agreement for the Government’s deal.

“It is now essential that politicians on all sides of the House work together to agree a way forward and provide much-needed certainty to the electorate and businesses, by ensuring our withdrawal from the EU is orderly and gradual.

“There must also be a sufficient transition period to enable our future relationship with the EU to be agreed and then implemented.

“Time is running out to avoid a chaotic no deal Brexit that would be catastrophic for the UK economy.

“Firms in the finance industry have put contingency plans in place to minimise disruption for their customers in a no deal scenario but critical cliff-edge risks remain, including on the transfer of personal data and the operation of cross-border contracts.”

More in this category: « Inflation falls to lowest level in 2 years Wealth planner appoints new director in Manchester »
back to top