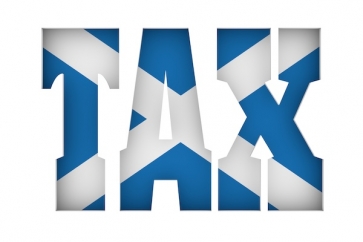 Higher rate Scottish taxpayers will pay more than those in other parts of the UK thanks to a tax ‘triple whammy’, Financial Planner LEBC has warned.

The combined effects of the Scottish and UK Budgets could leave them considerably worse off than equivalent counterparts in the rest of the country.

In the December Budget, Scottish Finance Secretary, Derek McKay, announced inflationary increases in the income tax bands for starter, intermediate and basic rate Scottish taxpayers – effective from April – but not for higher or top rate taxpayers, who now face a three-pronged assault on their wealth consisting of:

Differences in income tax rates throughout the UK arise as a result of the Scottish Government having devolved powers to set income tax rates and bands, whilst allowances, National Insurance thresholds and rates are set at Westminster for the UK at large.

Scottish income tax is payable by those with a principal residence in Scotland and is tested based on where people spend their time, the address of their GP, bank accounts, motor insurance and other criteria.

“Investment income is taxed based on UK rates.

She added: “There is a silver lining for Scots taxpayers paying the higher rate, as they can claim extra relief on any pension contributions they make.

“Whilst their English counterpart, earning £50,000 next year, will enjoy relief at just 20%, a Scots taxpayer will receive 41%.”

Another way for Scottish taxpayers to shield themselves from the increase is salary sacrifice.

Ms Ingram said: “In return for sacrificing gross pay, the employer promises to pay the gross amount given up into a pension scheme as an employer contribution for the employee.

“This gives income tax relief at the full rate and saves the employee 2% or 12% National Insurance on the payment.

“Employers save 13.8% National Insurance too.

“Some employers are willing to add all or some of this saving into the employer pension contribution.”