FCA consults on guidance over cryptocurrency assets like Bitcoin 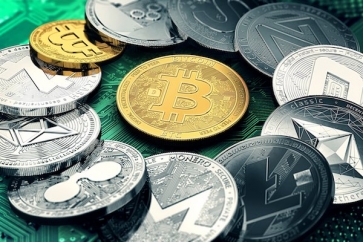 The FCA has launched a consultation on the cryptoasset activities it regulates.

The regulator says the guidance will help firms understand whether their cryptoasset activities fall under FCA regulation.

It says firms will have a better understanding of whether they need to be authorised and can ensure they are compliant and have appropriate consumer safeguards in place.

The consultation is in response to industry request for greater clarity, and to the Cryptoasset Taskforce’s recommendation that the FCA provides “additional guidance on the existing regulatory perimeter.”

Christopher Woolard, executive director of strategy and competition at the FCA, said: “This is a small but growing market and we want both industry and consumers to be clear what is regulated and what isn’t.

“This is vital if consumers are to know what protections they’ll benefit from and in ensuring we have a market functioning as it should.”

While numbers are still relatively small, an increasing number of consumers are investing in cryptoassets.

As the FCA has previously said, consumers should “approach cryptoassets with caution and be prepared to lose money.”

The watchdog warned consumers may be unaware of the limited regulatory protections for cryptoassets services that fall outside the FCA’s regulatory remit, such as the lack of recourse to the Financial Services Compensation Scheme and the Financial Ombudsman Service.

Later this year the FCA will consult on banning the sale of derivatives linked to certain types of cryptoassets to retail investors.

The Government is planning to consult on whether to expand the regulatory perimeter to include further cryptoassets activities.

The FCA is asking for comments on the Consultation Paper by 5 April.

More in this category: « SIPPs expert Martin Tilley moves to Hurley Partners Structured Products see no losses in 2018 »
back to top