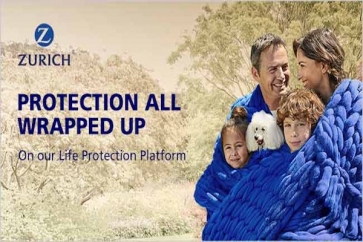 The launch of the pensions dashboard could spark an increase in demand for advice as savers look to consolidate their pots, according to platform provider Zurich.

In its formal response to the Government’s pensions dashboard consultation, which closed this week, Zurich said bringing together pension data could encourage more consumers to engage with their savings and seek advice on their retirement finances.

The firm also claimed the portal could help narrow the “pension awareness gap” and reduce the cost of advice by slashing the time it takes advisers to find and value customers’ pots.

Citing evidence from the Financial Advice Market Review, Zurich said the dashboard could cut advice charges by up to £400 per pension.

Alistair Wilson, Zurich’s head of retail platform strategy, said:  “Giving consumers a complete picture of their retirement savings could encourage more people to speak to an adviser about consolidating their pots, especially in the lead up to retirement.

“A simple and easily accessible dashboard will help close the pension awareness gap and drive more consumers to engage with their savings, which could lead to an increase in demand for advice.

“It’s also been estimated that a dashboard could significantly reduce the cost of advice by easing the administrative burden on advisers.

“This in turn could open up advice to more consumers.

“We shouldn’t underestimate the ambitious scale of the dashboard development, and while a lot of detail still needs to be worked through, we are keen to see this progress quicker than the government’s current timetable.”

In its response, Zurich called for the Government to honour its promise of making it compulsory for pension providers to sign-up to the dashboard.

The provider also urged the ministers to include state pension data from the start, as well as information on final salary pots.

However, as a safeguard, Zurich said the Government should be cautious about including defined benefit transfer values, which savers should be able to request via the workplace instead.

Despite this, the dashboard needs to provide useful insights for savers in final salary schemes, it said.

Zurich warned against excluding small self-administered schemes and executive pension plans from the dashboard, which it said would weaken the message around compulsion.

It also called for the Government to bring forward its plans for implementing the dashboard from the proposed three to four year timetable.

Mr Wilson added:  “We agree that three to four years from the introduction of the first public facing dashboard is a reasonable timeframe for the majority of eligible schemes to be supplying their data to dashboards.

“However, our view is that timelines should be shortened to ensure appropriate focus across the industry.”