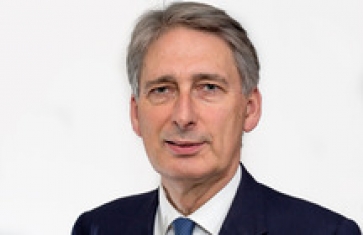 Pension tax relief has soared by 40% in the last five years to £25.6bn and may be cut back, a Chartered Financial Planner fears.

Sean McCann, Chartered Financial Planner at NFU Mutual, says analysis by his firm suggests the relief may be becoming unaffordable.

He believes the Chancellor, who has described it as “eye-wateringly expensive”, may try to limit the relief as early as this year.

A rising number of auto-enrolment pension savers and the impact of the Pension Freedoms encouraging more people to use a pension as a long term savings plan are some of the factors fuelling the rise in tax relief.

Analysis of HMRC’s ‘costs of tax reliefs’ by financial advice firm NFU Mutual shows income tax relief on pensions will have soared by 40 per cent (£7.6bn) in just five years.

Mr McCann said: “Philip Hammond described tax relief on pensions as ‘eye wateringly expensive’ and it’s almost certainly going to remain in his sights for some time. We could see some changes announced before the end of 2019.

“The multi-billion-pound surge in cost will partly be due to the roll out of automatic enrolment, where employees are added to workplace pension schemes by default. While pension contributions are typically low, the sheer numbers involved will have made a difference.

“Another factor is the Pension Freedoms which were introduced in 2015. Savvy savers in their 40s, 50s and beyond are now using pensions as an alternative to a stocks and shares ISA because of the tax breaks.

“Anyone can access their pension from age 55 and the tax relief on contributions for higher rate taxpayers in particular makes this a very tax efficient option.”

• The Chancellor will present his Spring Statement to Parliament on Wednesday 13 March.