Register for Financial Planning Today website to get our daily newsletters. Click on 2 stories to see the Registration pop up.
Wednesday, 06 February 2019 09:27 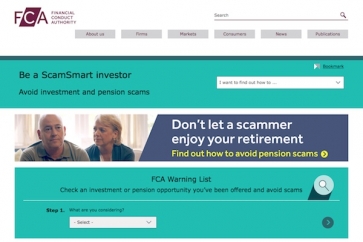 The FCA has warned about the growing threat of investment scams as it revealed £197m of fraudulent losses were reported last year.

The regulator said scammers had turned to increasingly complex methods to deceive potentially younger investors using social media platforms, such as Instagram, and email accounts to reel in victims.

According to the FCA’s ScamSmart awareness campaign, investors were increasingly being tempted to part with their cash by non-existent cryptocurrencies through social media adverts featuring “the images of celebrities or well-known individuals.”

So-called “Land banking” schemes were also common, where investors are promised a share in a plot of land and promised a massive return on their investment once planning permission is granted.

In such schemes, permission is rarely granted and investors are left holding worthless assets.

Elsewhere in the report it was revealed:

A spokesman for the FCA said: “Investment scams are becoming more and more sophisticated and fraudsters are using fake credentials to make themselves look legitimate.”

Tom Selby, senior analyst at AJ Bell, said: “These latest investment scam figures are truly shocking. The crooks behind these schemes have a habit of target elderly and vulnerable people, stealing vast sums of money and often leaving their victims facing destitution.

“While the Government has taken an important step in tackling fraud by banning pensions cold-calling, these figures suggest extending the clampdown to include investments could be necessary to further protect savers.

“However, the reality is scammers’ tactics are already evolving, with increasing numbers of people targeted online via social media.

“A cold-calling ban would have little impact on this part of the market.

“Clearly the internet is vast and policing its content has proven an impossible task for Governments worldwide so far. Ultimately the giant internet and social media companies being used as a conduit for fraud activity need to step up and take greater responsibility for the safety of their users.

He added: “The FCA’s ScamSmart campaign has been hugely successful in building awareness to-date.

“It is crucial all parts of the industry build on this success by providing savers with the information and help they need to make sensible investment decisions.”

More in this category: « Profession's confidence slumps to lowest level for six years Workers over 50 have retirement ‘FOMO’ fears - study »
back to top