New Tenet CEO to take over reins as Greenwood retires 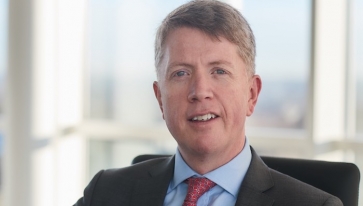 Subject to FCA approval, the firm will appoint Mark Scanlon as successor to current chief executive Martin Greenwood who will leave in the spring after deciding a new person should lead the company's growth in the next five year plan.

The Leeds-based advisory business says Mr Scanlon has "a proven track record of building and growing businesses" and is moving to Tenet from his role as chief executive of the AIM-listed provider of employee and financial services, Personal Group Holdings.

During his tenure there Mr Scanlon oversaw a "sustained period of growth and diversification, underpinned by digital technology", Tenet said.

Mr Greenwood joined Tenet in 2000 as a non-executive director and was appointed chief executive in 2011.

He said: "It’s been a great privilege to work at Tenet. As I leave, the board and major shareholders have agreed the strategic plan for the next five years, which targets continued growth.

"The plan provides great clarity on the future direction of the group, including significant investment in IT and compliance delivery.

"However, I will be 70 by the end of those five years so have decided that now is the most appropriate time to hand over the reins.

He added: "I am confident that the team, led by their new CEO, will deliver on these future goals and I would like to thank them and the rest of Tenet’s staff and advisers for their support during my time at the helm.”

Mr Scanlon said: "Tenet is a forward-looking organisation that enjoys the support of its three major shareholders and I’m excited by the opportunities facing the group, as it continues to meet the evolving needs of the intermediary market.”

Tenet group chairman Phillip Hilling, added: "I would like to thank Martin for his significant contribution to Tenet Group’s continued success.

"The group has gone from strength to strength, working in partnership with advisers to navigate the changing regulatory landscape and winning numerous industry awards along the way.

"I’m confident however that Martin is leaving the Group in capable hands and I look forward to working with Mark.”

FINANCIAL PLANNING JOBS - Advertise your vacancy from £99 ex VAT
Reach 12,000+ professionals by advertising your vacancy with us. Set up an account and post your job the same day. Big savings for advertising 2 or more vacancies.
Special Offer: Use code 'FPJSaver10' on checkout to save on selected packages. Click for details:
jobs.financialplanningtoday.co.uk/
Last modified on Thursday, 07 February 2019 11:28
Tweet
This page is available to subscribers. Click here to sign in or get access.
Published in Articles
Tagged under