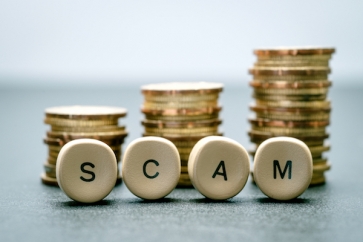 Organised crime groups led by married couples or families are running pension scams worth millions of pounds, according to The Pensions Regulator.

Intelligence gathered by members of the multi-agency Project Bloom group, which was set up to tackle pension scams, indicates that a number of “fraudster families” are targeting pension holders.

TPR says criminal investigations involving regulators, Government agencies and police forces “are currently ongoing into a number of these gangs.”

In some cases the families hired rogue advisers and other experts with specialist pension knowledge to run the “large-scale scams” for them.

The regulator says without these professional enablers the frauds would not be successful.

Victims of pension scams lost an average of £91,000 each to fraudsters in 2017 but some people lost much more.

They reported receiving cold-calls, offers of free pension reviews and promises that they would get high rates of return - all of which are warning signs of scams.

A ban on pension cold calling came into force earlier this month and firms that break the rules could face penalties of up to £500,000.

The partners in Bloom met last month to discuss the scams problem and how the partners could work even closer together to target those responsible.

Representatives of the Pensions Scams Industry Group (PSIG) also reported that pension providers are identifying more suspicious transfer requests than ever before and alerting members to what they believe could be scams.

This follows the voluntary body issuing a new code of good practice to trustees, providers and administrators in 2018 that features guidance on carrying out due diligence well.

“The better they are at spotting the signs of a scam, the quicker members can be warned and we can investigate.

“Working together we can target those trying to plunder people’s pension pots and bring them to justice.”

Guy Opperman MP, Minister for Pensions and Financial Inclusion, said: “Scammers who siphon off savings built up over decades are the lowest of the low.

“When you’ve worked hard and done the right thing, you don’t expect a con artist to rob you of the future you deserve.

“We’re determined to put a stop to the misery these callous crooks inflict, which is why we’re supporting the work being done to stamp out pension theft.”

Margaret Snowdon, the chair of PSIG, said: “The closer we work together, the more difficult it is for scammers to steal people’s pensions.

“We will continue to do everything we can to spot possible scams early so we can help consumers to avoid becoming victims.”

More in this category: « FSCS declares 8 firms in default Over 8 in 10 say all DB schemes should offer partial transfers »
back to top