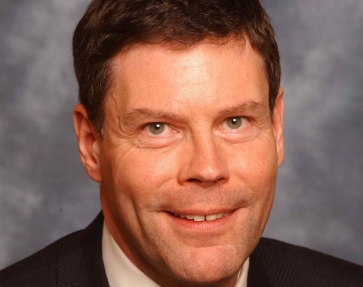 The new single financial guidance body, which will bring together three consumer advice organisations, is to be called the Money and Pensions Service (MAPS).

MAPS began preparation work as the ‘Single Financial Guidance Body’ at the start of the year but it’s new official name has only just been confirmed in parliamentary papers.

The new organisation brings together The Money Advice Service, The Pensions Advisory Service and Pension Wise and follows criticism that some government-sponsored advice organisations were poor value for money and duplicated some services.

The Money and Pensions Service will be funded by levies on the financial services industry and pension schemes.

The new name has yet to appear on the Single Financial Guidance Body’s (SFGB) website.

Earlier in the year Sir Hector Sants, SFGB chairman, said: “We are creating an organisation which is seen as transparent, accountable, effective and above all respected by all, working hand-in-hand with the industry, our staff and our partners.”

AJ Bell welcomed the new MAPS name as helping to avoid accusations the organisation would offer advice and be a threat to the financial advice sector.

Tom Selby, senior analyst at AJ Bell, said: “The Government has dodged any potential controversy around the use of the word ‘advice’ in the name of the new guidance body by steering clear of it altogether. Given the negative attention this drew when the Money Advice Service first launched this feels like a sensible decision.

“The new Money and Pensions Service will have a vital role to play in providing free, impartial guidance to people about retirement saving. The launch of the new, simplified guidance service provides an opportunity for the industry as a whole to renew focus on retirement communications.”

Steven Cameron, pensions director at Aegon, said: “Bringing together Pension Wise, the Money Advice Service and the Pensions Advisory Service into a single financial guidance body should make it easier for individuals to access guidance on a range of financial topics.

“We’re pleased that its new name, the Money and Pensions Service, avoids using the word ‘advice’ which should help individuals recognise the difference between the guidance it will offer and the advice they can obtain from professional regulated advisers. An abbreviation to MAPS, with its inference of setting direction, could well be on the cards.”

More in this category: « Ex-Which? consumer champion joins FCA board  UCIS man gets 6 months for contempt of court »
back to top