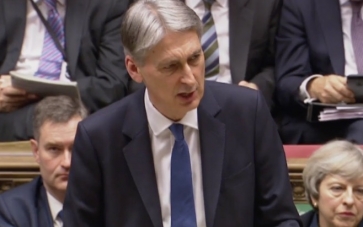 Chancellor Philip Hammond will unveil his Spring Statement today in the House of Commons against a backdrop of Brexit turmoil.

Mr Hammond’s statement, due in the Commons at 12.30 pm, is expected to be muted with few if any major announcements expected.

Mr Hammond has made clear that his Autumn budget each year is his main platform for financial and fiscal announcements and the Spring Statement is designed to update MPs and the country on economic performance and government borrowing.

For a recap on what Mr Hammond announced in his Autumn 2018 Budget in October last year click here: Budget 2018

In his Spring Statement today he will update MPs on government borrowing, spending plans and economic forecasts.

It is possible, however, that some minor tax changes or plans for change will be announced and experts will be poring over the small print. There could be some change to ‘stealth taxes’ and an update on taxes on digital services although the EU recently decided to hold off on new digital service taxes until global talks are concluded.

Mr Hammond is expected to mention growing tax receipts this year as tax income is rising thanks to a stronger economy than expected and strong employment figures. In January an unexpectedly high £21bn was collected through income tax and corporation tax which will help reduce government borrowing requirements and bolster the government’s coffers. He may be in a better position to spend than he expected.

GDP forecasts have been revised downwards, however, and he may warn about the impact of a no-deal Brexit on business.

Experts believe there is little chance of major change, particularly as Brexit remains on a knife-edge.

Richard Stone, chief executive of The Share Centre, said: “The weather has turned stormy in the last couple of days, both literally and for the Government metaphorically. In that context it is likely the Spring Statement will be something of a damp squib.

“The Chancellor has had good news of late, particularly in terms of the public finances, but with so much political uncertainty at present it’s difficult to see how he could possibly commit to any large scale spending plans or initiatives at this point in time.

“Indeed, it may well be best for the Chancellor to simply stand-up and say at this stage he has nothing to say. At the very least he must be relieved the Spring Statement is now just that and no longer a full blown March Budget.”

“For personal investors it remains a struggle to navigate a way through the current uncertainty. One thing personal investors do not need any more of is uncertainty and so to that end, a statement which simply maintains the status quo in terms or tax rates and reliefs, investment accounts (eg the Lifetime ISA) and other related incentives will be welcome.”

• Financial Planning Today will be bringing you news from the Chancellor’s Spring Statement later today. Sign up below for our newsletters and you’ll get updates later today.