Register for Financial Planning Today website to get our daily newsletters. Click on 2 stories to see the Registration pop up.
Wednesday, 13 March 2019 11:43

Cash is still king of the ISA pack 20 years after the tax free accounts were introduced.

Investment ISAs have failed to set the public imagination alight although millions still use them and the amount invested is rising, according to analysis from Morningstar.

It is 20 years since the ISA predecessor Personal Equity Plans (PEPs) were transformed into Individual Savings Accounts which now come in a variety of types including Junior ISAs, Lifetime ISAs and Innovative Finance ISAs.

• Number of stocks and shares ISAs is hovering around 2.8m with little growth in past 10 years

Morningstar says there is still a long way to go to persuade ‘ordinary people’ of the merits of investing via an ISA and the onus is on the investment industry to work harder to engage with consumers to persuade them not to rely just on cash. 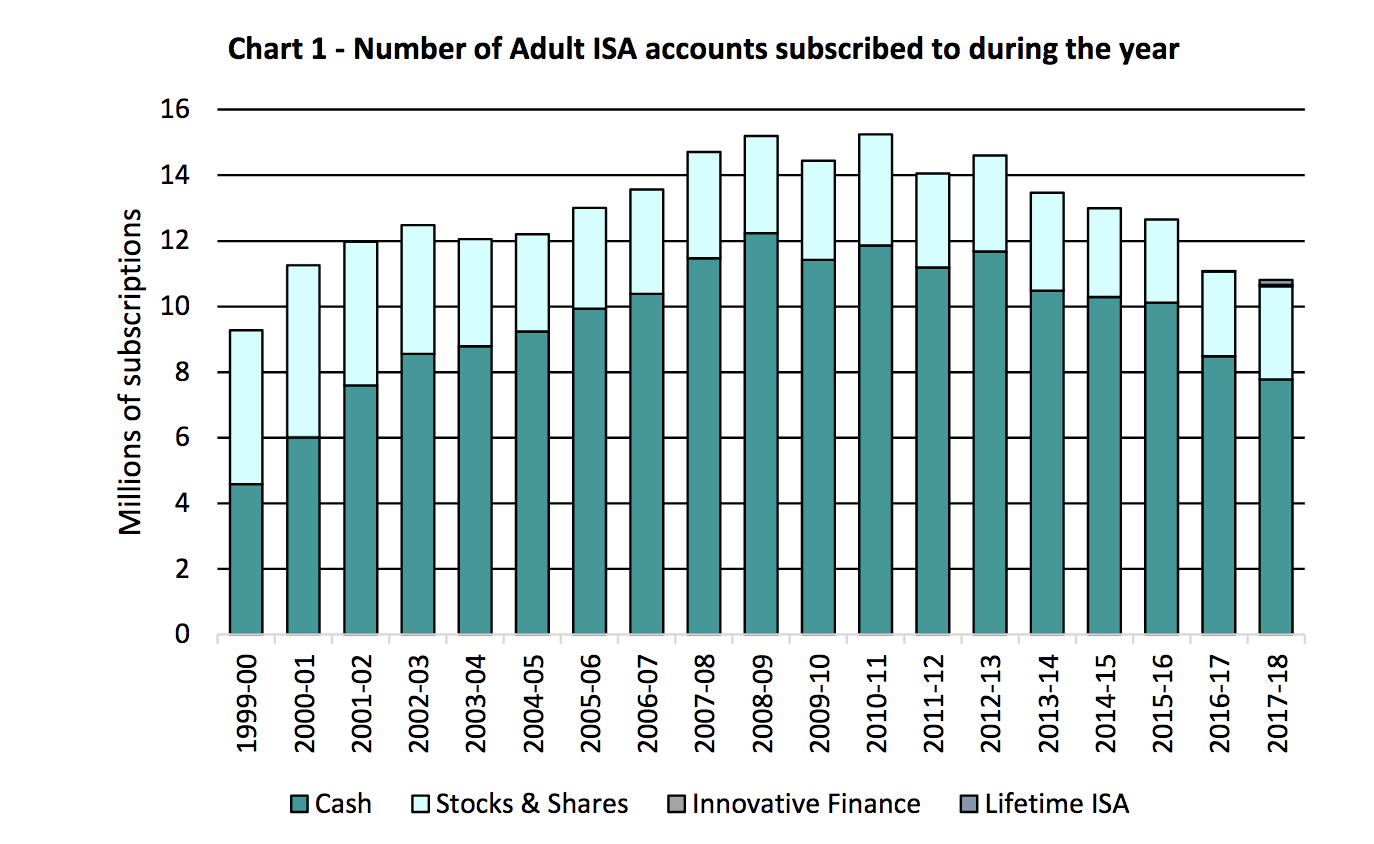 She said: “The average subscription (in investment ISAs) has increased, but it’s likely the same people subscribing each year to take advantage of the tax-free allowance, given the fairly static number of accounts.

“The increase in passive funds is a staggering 45 times, and that’s without including ETFs; but that growth can be attributed to the Retail Distribution Review and unbundling of the cost of investment advice.

“While the fund industry has been creating ever more ways to tempt investors with their savings, it hasn’t really caught their imagination or interest in a significant way.

“The Cash ISA is still the preferred choice for a majority, even some 20 years on. ISA providers are offering interest rates that are significantly higher than the Bank of England base rate, with ease of withdrawal should that money be needed at short notice.

“We have a long way to go to convince ordinary people of the merits of investing through an ISA. There are a wealth of benefits of ISA investing – including tax-free savings, ability to contribute monthly, compounding returns growing portfolios. But the industry needs to work harder to educate consumers on these benefits.”

More in this category: « SJP subsidiary recruits Aegon Investments MD as new CEO Spring Statement: Growth forecast down but pick-up in 2020 »
back to top