Spring Statement: Growth forecast down but pick-up in 2020 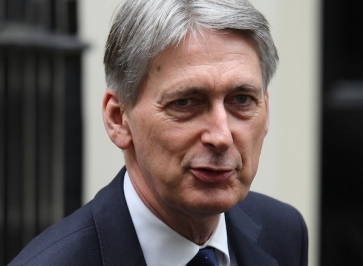 Chancellor Philip Hammond today forecast lower GDP growth this year of 1.2% - significantly down on the 1.6% he forecast last autumn.

However he forecast UK growth would still be higher than Germany this year and the economy would see a pick up in growth to 1.4% next year and then 1.6% in each of the next three years.

Mr Hammond, speaking to the Commons today, gave a relatively short statement of just under 40 minutes, focusing on the UK’s recent economic record and urging MPs to come together to sort out Brexit. He said leaving the EU without a deal would cause significant damage to the UK economy in the short and long term.

His statement was mainly focused on macro-enomic changes and there was little mention of tax, pensions or investment changes.

Mr Hammond said the UK economy was continuing to grow despite predictions otherwise, with wages increasing and unemployment at “historic lows.”

The Chancellor has been helpful by some windfall tax receipts over last few months from income and corporation tax which means that borrowing is £3bn down on last year.

He confirmed that the Government will hold a spending review which will conclude alongside the Budget in the autumn. This will set departmental budgets if an EU exit deal is agreed. It was seen as a hint that austerity could be ending if a deal can be agreed with the EU.

• since 2010, the economy has grown faster than France, Italy and Japan

• the OBR expects inflation to stay close to or on target

• business investment is forecast to start growing again from next year, once businesses have the certainty they need to invest

He said that he would begin a number of reviews including a review of the dominance of the ‘digital giants’ and whether they pay a ‘fair share’ of tax. The Competition and Markets Authority (CMA) will also review digital advertising market “as soon as is possible.”

From June 2019, citizens of the US, Canada, New Zealand, Australia, Japan, Singapore and South Korea will be permitted to use e-gates at UK airports and at Eurostar terminals and landing cards will also begin to be abolished from June 2019.

PhD-level employees will also be exempt from the cap on high-skilled visas from this autumn. Overseas research activity will also count as residence in the UK for the purpose of applying for settlement.

There will be updates to apprenticeship reforms announced at the Budget that mean from 1 April employers will see the ‘co-investment rate’ they pay cut by a half from 10% to 5%.

Up to £260 million will be allocated for the Borderlands Growth Deal to boost border area growth.