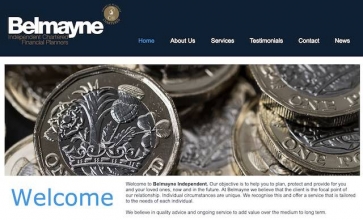 Chartered Financial Planner firm Belmayne has warned local investors near its base in Yorkshire to be on their guard to the danger of unregulated investments and scams following the collapse of £236m fund London Capital and Finance (LCF).

LCF went into administration in January, leaving 14,000 bondholders with holdings totalling £236m out of pocket. The FCA ordered LC&F to cease all marketing activity on its ISA and bond in December.

LCF issued mini-bonds which were used to make loans to corporate borrowers. Because the mini-bonds were structured as debts or loans, rather than investments, LC&F was not required to be directly regulated by the  FCA although the firm's promotions were regulated by the watchdog.

Belmayne is running a local and regional media campaign in Yorkshire to alert investors to the risks of unregulated investments.

Belmayne partner David Bashforth, said: “Scams can be hard to spot, especially if they have a veneer of legitimacy by being accessible through reputable providers, regulated by the FCA.”

Mr Bashforth said it looked like thousands of UK investors may have lost their life savings and stand to receive as little as 20% of their money back. LC&F's marketing campaign is now being investigated for mis-selling.

Mr Bashforth added: “Many of the people caught up in LCF’s downfall are first time investors, small business owners and the newly retired. They were told their money was being spread across hundreds of companies, but it has transpired the fund loaned to just 12.

“This shocking news has left reputable Financial Planners, like Belmayne, wondering how we can protect people from the scourge of scammers. We need to better educate clients to spot warning signs, such as the promise of unrealistically high returns and encourage them to seek a second or even third opinion before signing on the dotted line.”

Belmayne, based in Dronfield, near Sheffield, has recently advised an ex-police officer who lost his retirement funds, after deciding to transfer out of the force’s final salary pension scheme and into a self-invested personal pension. Some of his money has been recouped in compensation, but as it now falls outside a pension wrapper, it will be subject to tax.

More in this category: « Saga warns £3.2bn cashed out of pension pots without advice Pension transfer values rise £5k in Feb before slipping »
back to top