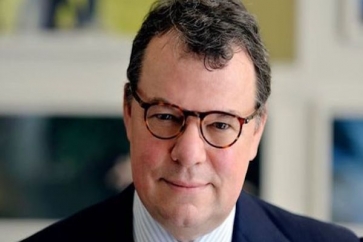 Standard Life Aberdeen has seemingly emerged victorious in a dispute with Lloyds Banking Group over an investment mandate.

The row was over a £100bn contract, with Standard Life Aberdeen claiming victory this morning.

The company hailed the outcome of an arbitral tribunal which ruled that Lloyds was not entitled to give notice on 14 February last year to terminate the investment management agreements in respect of assets managed by member of the Standard Life Aberdeen group.

A statement released by SLA said the company was “carefully considering the terms of the decision and appropriate next steps.

“In the meantime, the Company will continue to manage the assets in the best interests of LBG’s customers.”

As at 31 December 2018, the value of the assets under management in respect of these arrangements was around £100bn, and no material amount of assets has since been withdrawn.

Keith Skeoch, chief executive of Standard Life Aberdeen, said: “Now that the arbitration panel has ruled in our favour, we will carefully consider our next steps, working constructively with LBG to bring the matter to resolution.”

A statement from Lloyds read: “Our strategy remains unchanged, which is to do the right thing for customers.”

“We will discuss starting the process of an orderly transfer of assets to our new partners BlackRock and Schroders.

“We will continue to work closely with Standard Life Aberdeen to ensure there is no disruption to performance or service.”

Laith Khalaf, senior analyst at Hargreaves Lansdown, said: “This is a big victory for Standard Life Aberdeen, and a serious setback for Lloyds’ new foray into wealth management.

“While this is relatively low margin business for Standard Life Aberdeen, it’s clearly a large sum of money, and against a backdrop of fund outflows, will be particularly well-received.

“A big part of the rationale for the merger between Standard Life and Aberdeen was built on scale, which £100bn of assets clearly speaks to.

“Lloyds has already ear-marked the lion’s share of these assets to form the basis of its new joint venture with Schroders, and has also hired Blackrock to manage some passive strategies.”