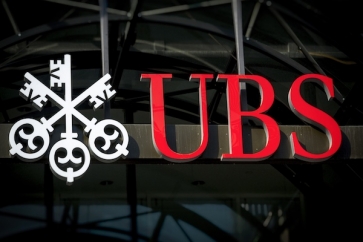 UBS AG (UBS) has been fined £27,599,400 by the FCA for failings relating to transaction reporting.

The errors concerned £135.8m of transaction reports over almost a decade, between November 2007 and May 2017.

The FCA said the firm, which has a large UK-based wealth management arm, had reported transactions inaccurately.

Mark Steward, FCA executive director of enforcement and market oversight said: “Firms must have proper systems and controls to identify what transactions they have carried out, on what markets, at what price, in what quantity and with whom.  If firms cannot report their transactions accurately, fundamental risks arise, including the risk that market abuse may be hidden.”

The regulator said effective market oversight relied on “the complete, accurate and timely reporting of transactions.”

This information helps the FCA to effectively supervise firms and markets.

The watchdog said UBS “failed to ensure it provided complete and accurate information in relation to approximately £86.67m reportable transactions.”

It also erroneously reported £49.1m transactions to the FCA, which were not, in fact, reportable.

Altogether, over a period of nine and a half years, UBS made £135.8m errors in its transaction reporting, breaching the regulator’s rules.

The FCA also found that UBS had “failed to take reasonable care to organise and control its affairs responsibly and effectively in respect of its transaction reporting.”

The failings related to aspects of UBS’s change management processes, its maintenance of the reference data used in its reporting and how it tested whether all the transactions it reported to the FCA were accurate and complete.

UBS agreed to resolve the case and so qualified for a 30% discount in the overall penalty.

Without the discount, the FCA says it would have imposed a financial penalty of £39,427,795.

The FCA’s rules on transaction reporting were based on the EU Markets in Financial Instruments Directive (2004/39/EC) (MiFID) from 5 November 2007 until 2 January 2018.

MiFID II was comprehensively revised to improve the functioning of financial markets in light of the financial crisis and to strengthen investor protection.