Dormant assets scheme could be extended to wealth managers 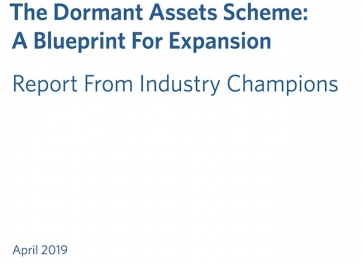 An independent report commissioned by the government has suggested expanding the dormant assets scheme to include investment and wealth managers.

If the voluntary scheme is extended it could see wealth managers and Financial Planners taking part being asked to identify unclaimed assets.

They would then be asked to pass on details so the money can go to good causes but any unclaimed funds would still be protected in “perpetuity” if the original owner of the assets came forward to claim them.

Under the present government-backed dormant assets scheme, which covers assets such as bank accounts without living owners and some other cash assets, any unclaimed money can be tapped after a period for good causes if the owners of the original assets cannot be traced.

The dormant assets scheme has so far allowed participating firms to make over £600m available to good causes.

In 2011, Reclaim Fund Ltd (RFL) was established to fulfil the role of distributing unclaimed assets and works with the government, the British Bankers’ Association (now UK Finance) and the Building Societies Association. Some 27 firms are now taking part in the scheme, including all major high street banks.

Economic Secretary to the Treasury John Glen said: “We have channelled hundreds of millions from dormant accounts to help those who need it most. Support from the industry has been vital in achieving this and I’d like to thank them for their hard work on this report. Their recommendations will help us set out how we go further and raise even more for worthy causes across the UK.

“The government will now consider the recommendations, consult with stakeholders and set out next steps in due course. In any expanded scheme, the priority will continue to be to reunite customers with their funds. Only where this isn’t possible, following rigorous, unsuccessful efforts to locate the account holder, will funds be released to support good causes.”

In investment and wealth management assets would potentially become ‘dormant’ where a customer is “owed or holds a cash amount only” outstanding for at least six years from the date payment became due.

For a customer with holdings in unit trusts or OEICs, dormancy is defined as where a customer has been identified as ‘goneaway’ for at least 12 years and there have not been any active transactions on the customer’s account during that time. The report recommends the industry follows the Investment Association rules on ‘goneaway’ clients.

In the investment and wealth management sectors, the definition of unclaimed assets could include: unclaimed distributions, unpaid redemption proceeds, inactive cash accounts (including Cash ISAs) and orphan monies received after a fund is wound up. Non-cash assets could include ISAs, regulated unit trusts and OEIC shares.

The new independent report was commissioned by the Department for Digital, Culture, Media & Sport, the Office for Civil Society, the Treasury and Mims Davies MP. Industry ‘champions’ or experts took part.

The four industry champions who authored the report are:

The government says in the event of a scheme extension that customers will be able to reclaim the full value of their assets in perpetuity, as they do in the current scheme, and firms would continue to participate on a voluntary basis.