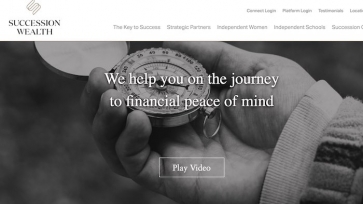 Financial Planning-focused wealth manager Succession has opened a new national HQ in Birmingham as it moves the centre of its operations from Plymouth to the Midlands.

The move is part of the company’s aim to be a nationwide-business and the UK’s "largest independent wealth management and Financial Planning firm."

The new HQ in the city’s business district will house 60 wealth planners and client support staff along with members of the senior leadership team.

Nationally, the firm  has 15 regional offices and employs 460 staff, including 175 wealth planners.

Paul Millar, regional partner at Succession Wealth in Birmingham, said: “Birmingham has grown to become a major attraction for large businesses and their employees.

“Its programme of infrastructure and transport improvements makes it a thriving place to do business and a logical choice for our new head office.

“We are a nationwide firm with offices all over the UK.  We wanted an HQ that reflects our standing in the UK professional Financial Planning sector and positions us right in the heart of the country.

Succession Wealth was established in 2009 in Plymouth by the late wealth management entrepreneur Simon Chamberlain. It advises nearly 22,000 individuals, families and corporations on £8.5 billion of assets.