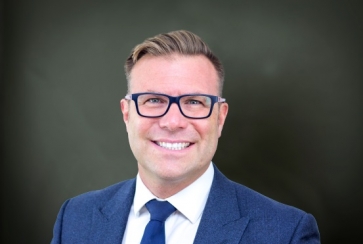 The Financial Planner also said it has seven acquisition deals it hopes to complete before Christmas, with another eight in the pipeline.

Mr Smith joins from Attivo Group where he held a similar role. During 14 years at Attivo, he also held client management roles with a focus on client retention following acquisitions.

The acquisition was Perspective’s 36th since it was founded in 2008, and its first since CBPE Capital LLP invested in the business in December.

Ian Wilkinson, CEO of Perspective said: “Sam’s appointment is a further step in delivering the Group’s stated strategy of growth through both acquisitions and organic growth and we welcome him to the Group.

“We currently have a strong acquisition pipeline with seven deals at Heads of Terms, of which we expect the majority to complete before Christmas this year, and we are in advanced negotiations with a further eight firms. These acquisitions provide both scale and opportunity for our advisers.

“Our focus remains on acquiring businesses from vendors who are looking to retire, whether immediately or within a five to six year period, which have EBITDAs of up to £1m and three to four shareholders, who are also the lead advisers.”

Sam Smith said: “I have definitely joined Perspective at a great time. The Group’s professional, client-centric approach comes across very strongly and Perspective’s brand is growing fast in reputation and visibility. I am particularly impressed by how Perspective combines the strength of a national business whilst retaining the benefits of local offices and long-term relationships.

“I realise the importance of developing trust and confidence with vendors during acquisitions and know that Perspective will continue to give their clients an excellent service.

Perspective’s ambition is both clear and impressive and I look forward to using my experience to help make further successful acquisitions.”