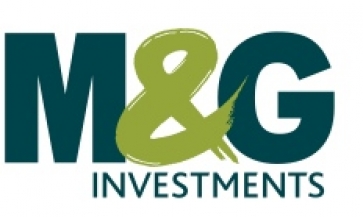 The M&G Property Portfolio Fund and its feeder fund are to resume dealing next month on 10 May after being suspended for nearly 18 months.

M&G suspended the fund on 4 December 2019 after a sharp rise in investor withdrawals.

At the time the fund manager blamed Brexit-related uncertainty and ongoing structural shifts in the UK retail sector for prompting “unusually high outflows” from the property fund for retail investors.

Investors have been unable to access their money in the £2bn fund since this point.

The announcement from M&G also contains further changes to the fund, including moving to a full spread basis to ensure that buyers of the fund pay the dealing costs of transacting in commercial property and allowing the actual property exposure to fall as low as 60% in exceptional circumstances.

M&G also announced it will not charge its annual management charge on cash above 20% until the end of the year.

Instructions to buy, switch or sell received by M&G after 12 noon on Friday 7 May and before midday on Monday 10 May will be dealt on the first day of dealing.

Ryan Hughes, head of active portfolios at investment platform AJ Bell, welcomed the resumption in dealing saying that investors have been left in limbo for too long.

He said: “News that the M&G Property fund will finally resume dealing after nearly 18 months suspended will no doubt be welcomed by the many investors who have been unable to access their money for such a long period. With the fund at around £2bn, many investors have been stuck in limbo for too long as many of the underlying properties were sold to raise liquidity to reach this point.

“While this reopening is welcome, we shouldn’t forget that the outcome of the FCAs consultation into the appropriateness of property in an open ended structure is still outstanding. The consultation closed in November 2020 but as yet no findings and rule changes have been announced, although the key element of the consultation was the potential need to give up to 90 days’ notice to redeem your investment. This will have major implications for investors should this change be confirmed but ultimately would likely stop the huge liquidity mismatch risk that got not just M&G but the whole open ended property sector into this mess in the first place.”