11.6m received inheritance in past 10 years 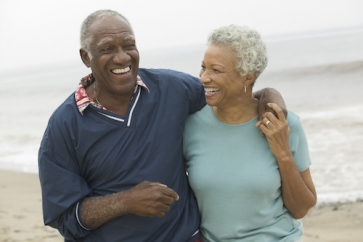 Parents are most likely to leave an inheritance

More than 11.6m people have received an inheritance in the past 10 years with 47 the average age at which people receive a windfall, new research has revealed.

More than one in five (22%) adults have received an inheritance of some kind rising to nearly one in three (29%) among those aged 65 to 74.

Parents were most likely to leave the biggest inheritance with an average sum left of £65,600 while grandparents on average left £24,200, the study by retirement specialist Key found.

Some 11% of people – around 6m - have received an inheritance from their parents while 4% - 2.3m people - have had cash from grandparents.

Around 34% of people - 3.9m individuals  - invest or save some or all of the cash. About 1.1m have used the money to buy their first home while 1.7m have paid off their mortgage.

Nearly one in 10 (9%) have used some or all of the cash to top up their pension.

Inheritance across the UK

Key carried out consumer research into inheritance and also analysed HMRC data which showed that inheritance tax receipts hit £5.4 billion in the 20/21 tax year, slightly up on the previous year. Receipts from IHT have stayed broadly flat for the past four years .

Will Hale, CEO at Key, said: “Intergenerational wealth transfer is a major issue for society as a whole and for the financial services industry and the scale of inheritance shows why that is the case.   More than 11.6 million people have benefited from inheritance pay-outs in the past 10 years and the average amounts received can be substantial and potentially life-changing – especially if residential property is involved.”