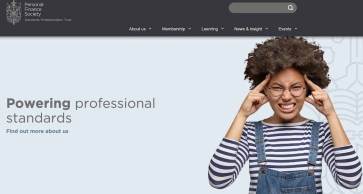 Campaigners fighting to halt the deregistration of the PFS say they will fight on against the changes following the decision by Sian Fisher, CEO of parent body the Chartered Insurance Institute, to resign today.

The campaign group, now known as PFS 2.0, says the battle to stop the PFS being deregistered by parent body the CII will go on.

The CII has been pursuing plans for several years to deregister the 40,000-member PFS, effectively ending its semi-autonomous status under the umbrella of the CII.

The CII wants to bring the organisation closer to the CII to streamline management and strategy.

In a statement today the PFS 2.0 group said: “We note the impending departure of Sian Fisher CEO of the CII and wish her all the best for the future. We intend to continue to press for change and we will be developing our project plan for further discussion with her successor, the relevant individuals in the CII and the sector as a whole. As this stage we have no further comments to make.”

One of the campaign leaders, Robert Reid of Chartered Financial Planners Syndaxi, said the group would be continuing to press the case for the PFS.

The CII announced today that Sian Fisher, the under fire CEO of the CII, would step down in March after more than six years in the role.

Ms Fisher and the CII board have faced widespread criticism for their controversial plans to de-register the Personal Finance Society, the CII's Financial Planning arm, and for axing the role of PFS CEO earlier this year.

Ms Fisher was appointed CEO in 2016. She will complete her six-month notice period and leave on 31 March, the CII said today.

Recently she launched a consultation with members on the future of the PFS and apologised for the way the PFS deregistration plans had been communicated.