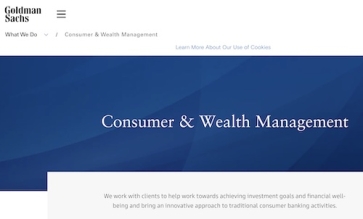 Wall Street bank Goldman Sachs is believed to be one of three bidders aiming to take a sizeable stake in adviser platform Nucleus, according to a report from Sky News today.

Sky News says it understands that one of Goldman Sach’s private equity funds is among four potential buyers for a significant stake in Nucleus, valuing the business at about £700m.

Other bidders are believed to be Centerbridge Partners, GTCR and HPS.

James Hay paid 188 pence per share for the business.

The combined James Hay / Nucleus business has Assets Under Advice of an estimated £45bn.

• This is a developing story, check back for updates.