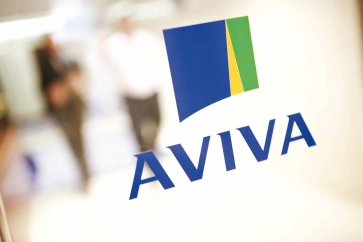 The UK’s ageing workforce is in crisis as most are in the dark when it comes to knowing the true cost of retirement and how much they need to save, says a survey by Aviva.

The Real Retirement Report has been designed and produced by Aviva in consultation with ICM Research and Instinctif Partners. The Real Retirement tracking series has been running since 2010 and totals 29,568 interviews among the population over the age of 55. This edition examines data from 3,327 UK adults aged 50 and over, of whom 1,829 are still working. Interviews were carried out online in Q2 2017.

According to the Aviva report, one in five (18%) of workers in their fifties and sixties are struggling to make any savings for their retirement as the cost of living continues to go up.

The report also revealed that millions more are unaware of how much they need to be able to retire with two in five (42%), just over four million older workers, almost half (49%) of those in their fifties and a third (36%) in their sixties, yet to calculate how much money they will need in retirement.

Figures from the report also showed that two in five (43%) of those aged 50-59 are only “occasional” savers, while over a third (38%) of people aged 60-69 fall into the same category, revealed the report.

Age seems to be a determining factor of saving habits as over half (58%) of older workers change their spending habits after turning 50, but not necessarily everybody decides to save more beyond this milestone.

The report by the insurance provider and asset manager showed that a quarter (26%) of older workers are more conscious of the need to save for retirement and so spend less. Nearly one in six (15%) spend less because they are working part-time.

While some choose to save more, one in ten older workers (10%) spend more due to their post-50 higher disposable income. However, others have changed their spending habits to help younger generations as 10% of older workers spend more on their children and less on themselves, a figure that rises to 41% among those with financially dependent children or parents.

Lindsey Rix, managing director, savings and retirement at Aviva said: “It is worrying to see so many of the UK’s older workers in the dark over how much they need to save to afford a comfortable retirement. Planning and provisioning for retirement can be a great unknown, and complicated for many, but burying your head in the sand will only worsen the situation.

“As the cost of living creeps up and wage growth continues to slow, saving for retirement in the current climate is particularly challenging. For many older workers supporting family members including children and parents, saving for retirement can all too easily take a back seat in terms of financial priorities.

“These findings show the importance of industry and government taking action to help consumers become better informed and active savers. This includes using auto-enrolment to encourage contributions from a younger age; implementing the pensions dashboard so that people can view their savings and track their progress in one place; and using concepts like a mid-life financial MOT or career review to help those in their fifties take stock and plan for later life, including health and wellbeing as well as financial priorities.”