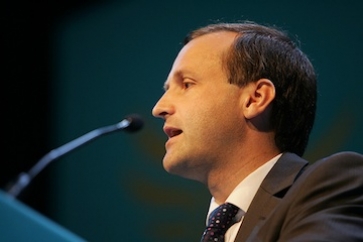 A new policy paper from Royal London predicts ‘safety first’ policies on pensions in the manifestos of the major political parties.

The paper, published yesterday, summarised the pension policies of the parties as set out in their 2017 manifestos and reviewed the major changes in the world of state and private pensions since then.

It then looked at the major areas of pension policy such as the ‘Triple Lock’ on the state pension, state pension ages, pension tax relief and automatic enrolment and flags the key areas to look out for when the manifestos are published.

The paper argued that:

• The 2017 Conservative manifesto was written at a time when the Conservatives expected a comfortable victory and included a higher proportion of ‘tough choices’ than would be normal;  these included abolishing the ‘triple lock’ on state pension increases and implementing the means-testing of winter fuel payments;  the paper argues that it will be a key indicator of the Conservatives’ electoral confidence whether these tough policies are retained or dropped;

• Worsening figures on life expectancy improvements since 2017 make it more likely that Labour and the SNP will strengthen their opposition to state pension age increases;  the Conservatives are likely to simply restate their intention to hold another five-yearly review before any further changes are announced;

Pension Tax relief was not mentioned in either the Labour or Conservative manifestos in 2017 and Royal London says radical reform of the whole system is unlikely to be a feature of the 2019 manifestos, as parties look to avoid upsetting key voter groups.

It says there are areas where parties may focus, however.

These include tackling the ‘tapered annual allowance’ which the firm says “seems to have contributed to NHS doctors and consultants cutting their working hours in the face of large and unexpected tax bills”.

Royal London says the Treasury “eventually agreed to undertake a review into the impact of the ‘taper’ and the Conservative manifesto could reflect the conclusions of that review”.

The firm also says the Liberal Democrats have proposed a more radical reform agenda for pension tax relief, but said it was “unclear if controversial proposals to limit tax free lump sums and introduce ‘flat rate’ tax relief will make it from the conference floor to the manifesto”.

Royal London believes annual uprating of UK pensions for people living in the EU after Brexit could be an Election issue and says the Government has so far “only guaranteed uprating for three years, to 2023”.

Labour has in the past promised that all UK pensions will be uprated anywhere in the world and is likely to make a firm manifesto commitment to include those living in the EU.

The firm says the 2017 manifestos “had little to say about the role of pension funds in tackling climate change and other environmental issues”, which is “likely to be a much stronger theme in the 2019 manifestos, with the Labour party in particular likely to propose much tougher regulations”.

Steve Webb, director of policy at Royal London, said: “With the election outcome highly uncertain, we are likely to see a ‘safety first’ approach to pension policy with few ideas for radical reform.

“The 2017 Conservative manifesto did contain tough measures such as scrapping the triple lock and means-testing winter fuel payments.

“Whether or not these are repeated in 2019 will be a key indicator of the Conservatives’ electoral confidence.

“Areas in need of systematic reform such as pension tax relief are unlikely to be debated in any depth during the election campaign and any proposals are likely to be announced when the campaign is over rather than before votes are cast.”