CPI inflation unexpectedly jumped from 1.3% in December to 1.8% in January, ONS reported today.

CPIH (The Consumer Prices Index including owner occupiers’ housing costs) 12-month inflation rate was also 1.8% in January, up from 1.4% in December.

The biggest upward drivers of the change in the CPIH 12-month inflation rate between December and January came from gas and electricity prices, fuels and lubricants, clothing and airfares. 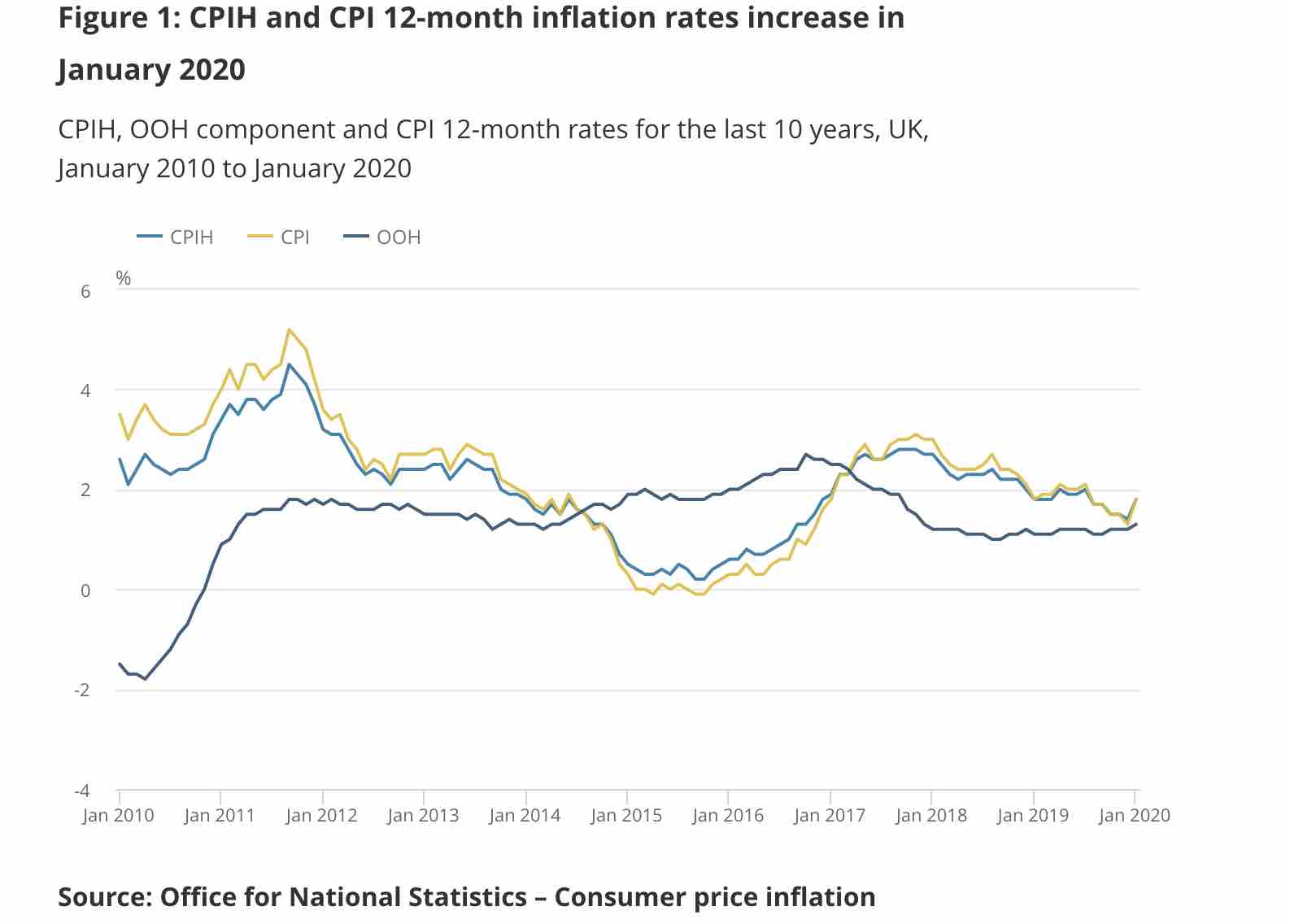 Adrian Lowcock, head of personal investing at investment platform Willis Owen, said today’s move could signal a change in the dirction of inflation which has fallen in recent months

He said: “Inflation has been muted for much of the past decade but today’s unexpected rise to 1.8% could be the start of a sustained move upwards, especially as there are factors such as the increase in the minimum wage still to come this year. Indeed, it could well rise back to its long-term target of 2% this year.”

She said: “Inflation rose closer to the Bank of England’s target, but underneath the noise of the headline figures, domestically-driven inflation still looks weak.

“Business sentiment and the follow-through to activity data will however be the more important determinant of whether the Bank of England cuts rates or not in coming months.”

Hinesh Patel, portfolio manager at Quilter Investors, said: “Following the latest inflation reading, the Bank of England will feel vindicated for the pause they took on interest rates given this localised uptick.

“However, some key points remain that the BoE cannot shy away from. Firstly monetary policy remains at the mercy of the Brexit negotiations and broader developments in the global economy. Secondly, this change in data does not signal a trend-shift – inflation is still expected to fall as the year progresses.”